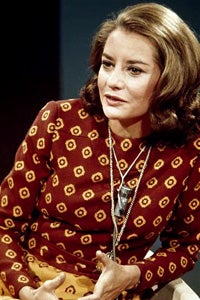 On Tuesday’s "View" while discussing the late night chaos over at NBC, Barbara Walters revealed that executives at the Peacock network tried to woo her away from ABC last summer.

Walters said that in June Jeff Zucker, NBC News president Steve Capus and Washington bureau chief Mark Whitaker "made me an offer to come back to NBC News." Walters was the show’s first female co-host in the mid-70s.

Here’s the transcript, via TVNewser:

"At my age, it was a very flattering offer … The fact that they would make an offer to someone of my age and consider that I still had years ahead, was something that I think says something about them, and about NBC, and that’s why I’m saying it today.

I chose not to go because I have been very happy at ABC … [But] I thought, ‘What a wonderful way to end a career or take the next step — they want me!’ … It was a very difficult decision. I was wrestling with it. And I would have been able to continue to do The View because this is a daytime [show]. I would not have left [The View] …

So I just want to say … they did make me this offer and now I can publicly thank them. And I thank ABC, who were very kind and very relieved when I stayed."