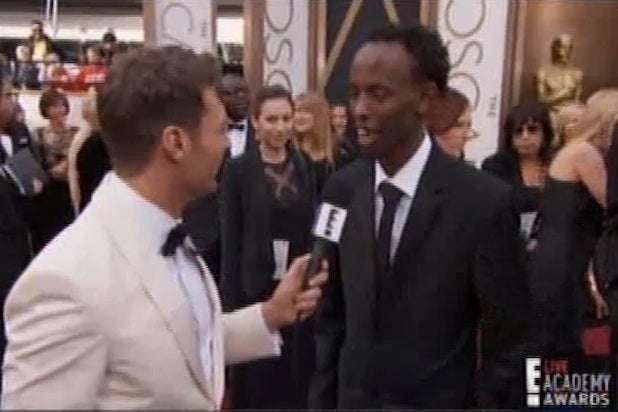 E! host Ryan Seacrest spoke with “Captain Phillips” star Barkhad Abdi about how the Somalian-born actor mastered the English-language from watching television and listening to music. Seacrest began the interview by asking how he got his big break.

“How did you get cast for the gig?” Seacrest asked the actor.

“They came to my city, Minneapolis, about 800 people and I went there,” he said.

“And I understand that Jay-Z’s music and watching ‘Seinfeld’ helped you master the English language,” Seacrest said. “Tell me about that, what did you learn?”

Abdi said “Reasonable Doubt” was the Hova album that helped him learn.

Watch Abdi speak with Seacrest below via E!: