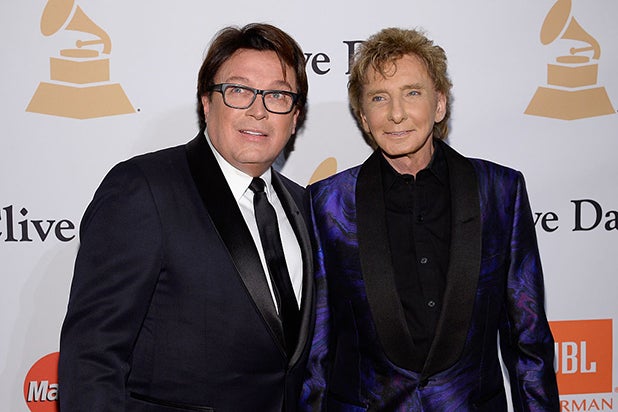 Pop icon Barry Manilow spoke out about his sexuality for the first time in a series of interviews where he talks about his nearly 40-year relationship with his manager and his hesitation to come out as gay.

The 73-year-old crooner, who has been known for keeping his private life separate from his professional one, is the subject of a People cover story in which he opens up his home and talks about his relationships.

His manager, Garry Kief, has been by his side for decades, but the two kept their relationship secret. Kief and Manilow got married in a surprise private ceremony in 2015, but Manilow still didn’t officially come out. He told People that he never planned to make his marriage public due to potential response and to his own personal preference.

“I thought I would be disappointing them if they knew I was gay. So I never did anything,” Manilow told People.

“This is my life, we’ve been together for all these years,” Manilow said to Entertainment Tonight. “Everybody knows that we’re a team. Everybody that I know knows. So it never really dawned on me to say anything about it. I mean, I’m a very private guy.”

Of course the news seeped out via unnamed sources to People and by friends, such as Suzanne Somers who confirmed the wedding on “Watch What Happens Live.” However, according to him, the fan response has been overwhelmingly positive.

“I have not read one negative response,” Manilow told Entertainment Tonight. “To me it is so moving, it is so deep for me, that these strangers were so happy that I was happy, that I wasn’t alone.”

The response on Twitter has also been positive (for the most part. It is Twitter after all), with a lot of being claiming not to be surprised by the news.

People laughing at Barry Manilow for coming out when we all knew anyway should consider the political climate. He's being brave as hell. ✊

Manilow is also ready to get back to work. His new album, “This is My Town: Songs of New York” is due to be out April 21, and he’ll be going on tour in a limited series of concerts.