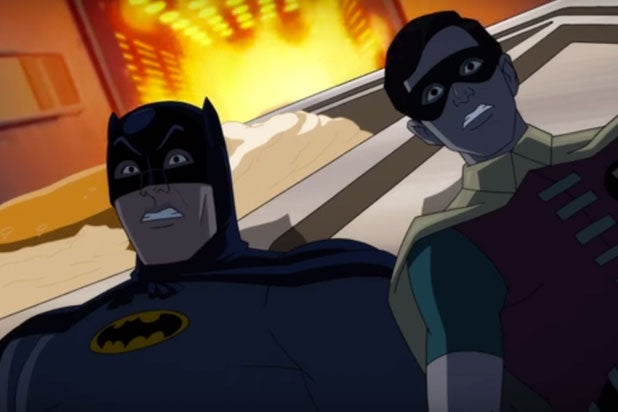 Batman is going back to the ’60s in the first trailer for upcoming animated feature “Return of the Caped Crusaders,” which features the voices of Adam West, Burt Ward and Julie Newman, who starred in the goofy live-action “Batman” TV series.

The first trailer the nostalgic movie previews dynamic duo Batman and Robin fighting against their greatest opponents, including Catwoman, the Joker, the Penguin and the Riddler. Along with amazing retro sound effects and visuals, fans can hear the famous theme song throughout the entirety of the trailer.

The direct-to-video animated film will be released on Digital HD on Oct. 11 and Blu-ray on Nov. 1.

Watch the trailer to see West and Ward in action again.