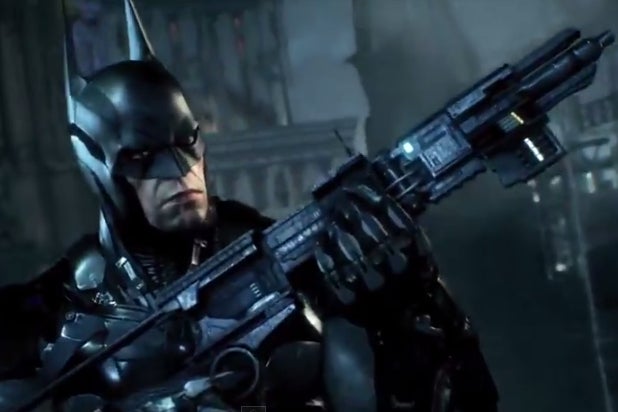 In the latest trailer for the June release — titled “All Who Follow You” — an ailing Batman gets assistance from allies Robin, Nightwing, and Catwoman, who help Bruce Wayne’s alter-ego take on a new foe. He also brings a pretty big gun (pictured above) to the party.

“Dark days are here, Batman. The prophecy has come true. From the ashes of Arkham City, the fires are raging — and Gotham is burning,” the new baddie taunts via a voiceover.

“I can see that same fire in your eyes,” he continues. “Before this night is through, that fire will consume you.”

To watch the video, click here or scroll down.