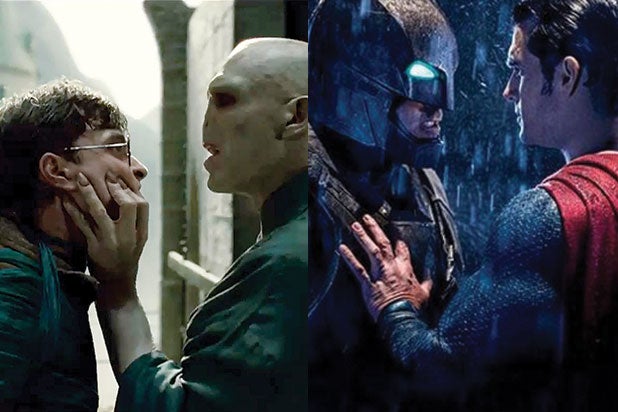 “Batman v Superman: Dawn of Justice” didn’t beat the opening of “Harry Potter and the Deathly Hallows Part 2” after all, final figures from this weekend’s box office revealed Monday.

The Ben Affleck-Henry Cavill superhero epic wound up with $166.1 million, roughly $4 million under Warner Bros.’ estimate for the weekend on Sunday, according to box office tracker comScore.

That was enough to drop it behind the boy wizard, whose “Deathly Hallows Part 2” took in $169.1 million in 2011, on the list of all-time domestic openings, which will remain the studios biggest ever.

The international and global numbers solidified as well, and the film’s $420 million opening remains the best ever for a superhero movie and the fourth-best opening opening weekend worldwide ever.

It was easily the opening ever in March, and set new standards for director Zack Snyder, Affleck and Cavill as well.

The 945 screens that IMAX gave over to “Batman v Superman” globally was a record, and the $36 million the superhero showdwon took in was the best ever outside the summer and holiday periods, ranking behind only “Star Wars: The Force Awakens” ($47.5 million) and “Jurassic World” ($44.1 million).