The Man of Steel might seem to have the edge on the Dark Knight in “Batman v Superman: The Dawn of Justice”: The son of Krypton is super strong, he can fly, and he has heat vision.

But Batman beats the hell out of him at the box office. The Batman movies since 1989’s “Batman” have averaged $383 million — much higher grosses than the inflation-adjusted $268 million for movies about Superman. The highest-grossing film between the two of the heroes is 2008’s “The Dark Knight,” which starred Christian Bale and Heath Ledger.

Also Read: Batman Used to Be an Anti-Japanese Propagandist (Video)

No wonder Warner Bros. wanted to inject a little Batman into the Superman franchise. The best performing “Superman” movie was the first one, with Christopher Reeve, in 1978.

For the purposes of this list, we’re only including films going back to that one — Batman’s 1940s anti-Japanese propaganda films, for example, aren’t included.

We also left out the 1993 animated film “Batman: Mask of the Phantasm,” which was originally intended to be straight-to-video and underperformed when it instead got a theatrical release.

Here’s a look at Batman vs. Superman — where it matters most to Hollywood: 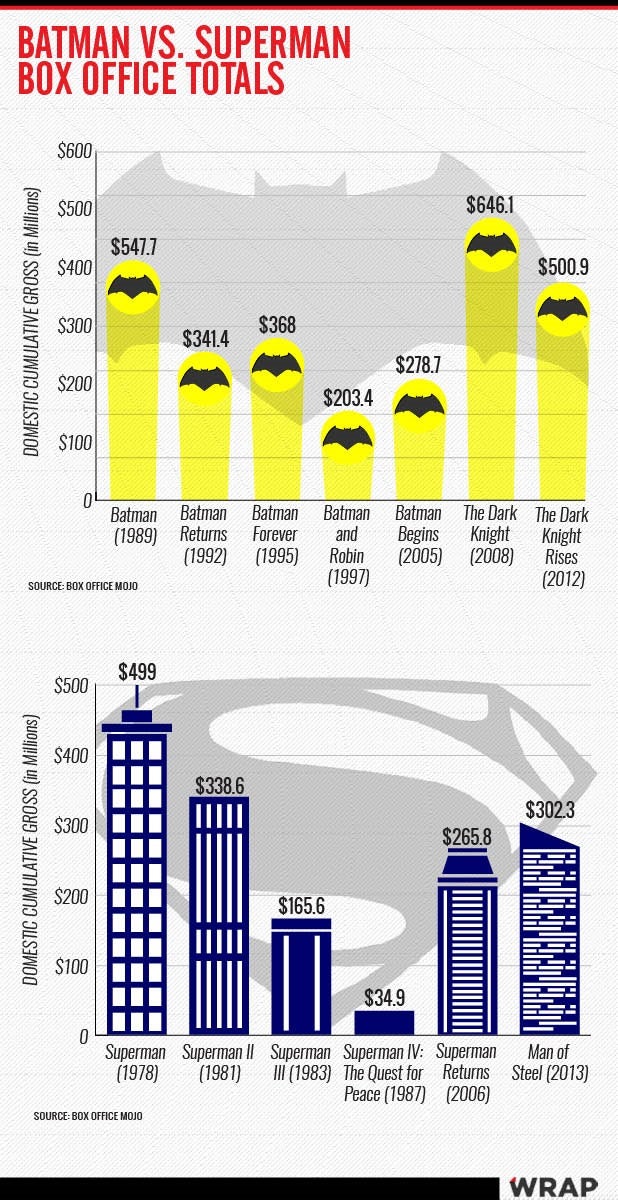