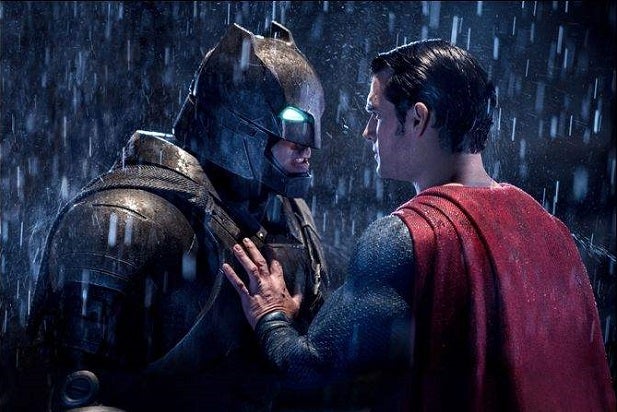 Remember when “Batman v Superman: Dawn of Justice” opened on March 25 to huge fanfare and a huge $166 million domestic box office haul? Seems so long ago.

That’s an impressive achievement, but it’s significantly less than the $1.5 billion that Marvel’s own superhero-mashup “The Avengers” grossed worldwide in 2012. And that film paved the way for the studio’s Marvel Cinematic Universe worth billions more.

Sources at Warner Bros. told TheWrap that the studio is extremely pleased with the performance of “Batman v Superman” and cited its global take as “a success by any measure.”

“‘Batman v Superman’ is an unqualified box office hit, especially for a March release, which is not known as a blockbuster month,” comScore analyst Paul Dergarabedian told TheWrap. “There are only 20-plus movies in the billion dollar club.”

But the numbers tell a slightly more complicated story. The film’s reported budget was $250 million, not counting an estimated $150 million spent marketing Zack Snyder‘s superhero showdown. By the time you factor in the revenue split with exhibitors and the mere 25 percent take from Chinese box office, industry insiders said that Warner Bros. may not be left with much in the way of profits on the theatrical release.

Initially, Snyder’s “Batman v Superman” generated enormous excitement about a big-screen showdown between Cavill’s Superman and Affleck in his first outing as Batman, and the studio aimed to use the movie to launch overlapping DC Comics franchises to rival Marvel’s.

But the movie’s box office drop has been steep, beginning with a 70 percent slide in its second weekend. Last weekend, it brought in just $6.5 million globally.

And while “Batman v Superman” is a solid blockbuster, it’s been upstaged by some unlikely 2016 hits:

• Fox’s February release “Deadpool,” an R-rated film that was not intended to kick off a major movie universe, topped “Batman v Superman” domestically with $361.9 million — “BvS” earned $325.5 million in North America — though its worldwide gross stands at $761 million.

• Disney’s live-action remake “The Jungle Book” has hit $690.6 million globally after only three weeks in release.

Still, some caution that it’s unfair to draw any comparison to Disney’s unprecedented success with Marvel and other tentpole releases.

“Nobody’s touching Disney right now,” Exhibitor Relations analyst Jeff Bock told TheWrap. “If it was Disney coming in less than $1 billion, then there’d be cause for concern. … ‘Batman v Superman’ will still wind up being one of the top 10 films of the year.”

In addition to “The Jungle Book” and “Zootopia,” Disney looks to have another blockbuster this weekend with “Captain America: Civil War.” The Marvel release is projected to open in the range of $200 million domestically — and has already brought in $224.3 million overseas.

Also Read: Marvel Movies Ranked by Box Office, From 'The Avengers' to 'The Incredible Hulk' (Photos)

“Batman v Superman” generated lukewarm reviews — it has a Rotten Tomatoes score of just 28 percent — and it has grossed less than the final two movies in Christopher Nolan‘s Dark Knight trilogy of Batman movies, which both broke $1 billion worldwide.

Also Read: Superman Only Had 43 Lines in 'Batman v Superman'

And there’s considerable interest in Warner Bros.’ upcoming DC Comics movies, including this August’s “Suicide Squad” and next year’s standalone “Wonder Woman” starring Gal Gadot — part of an eight-movie slate the studio plans to roll out through 2020.

“The bloom is not off the rose,” Dergarabedian said.