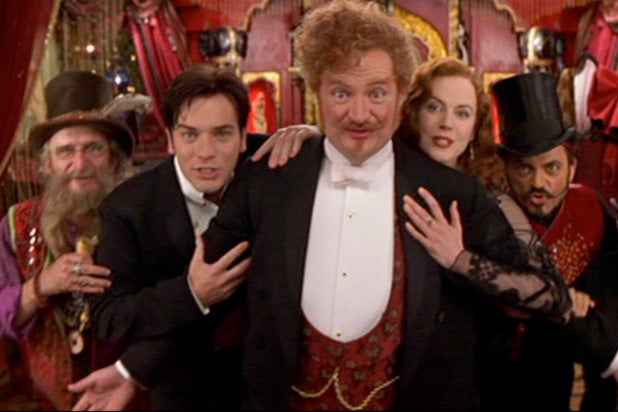 Baz Luhrmann‘s 2001 hit “Moulin Rouge!” may soon be can-canning its way to the stage.

Tony-winning playwright John Logan (“Red”) is writing the book for the new stage production, and two-time Tony nominee Alex Timbers (“Rocky,” “Peter and the Starcatcher”) is on board to direct.

The stage production is currently in development, Global Creatures CEO Carmen Pavlovic announced Thursday. Global Creatures is an Australian-based international theater touring companies whose past projects include large-scale shows involving giant animatronic creatures like “Walking with Dinosaurs – The Arena Spectacular” and “How to Train Your Dragon Live Spectacular.”

Also Read: Baz Luhrmann on 'The Get Down': 'I Always Knew It Wasn't My Story'

Luhrmann’s 2001 film starred Ewan McGregor and Nicole Kidman as a penniless poet and a beautiful cabaret performer in turn-of-the-20th-century Paris — but employed late 20th-century songs like “Lady Marmalade” to tell its star-crossed romance.

Also Read: 'The Get Down' Review: Baz Luhrmann Raps a Tale of Hip-Hop's Origins

In addition to “Red,” Logan’s credits include three Oscar-nominated screenplays, “Gladiator,” “The Aviator” and “Hugo.”

“I first encountered Alex Timbers through the remarkable and inventive production of ‘Bloody Bloody Andrew Jackson’ and the brilliance of ‘Here Lies Love,” Luhrmann said in a statement. “I immediately recognized the young director’s creative spirit and felt we shared similar sensibilities and instincts.”