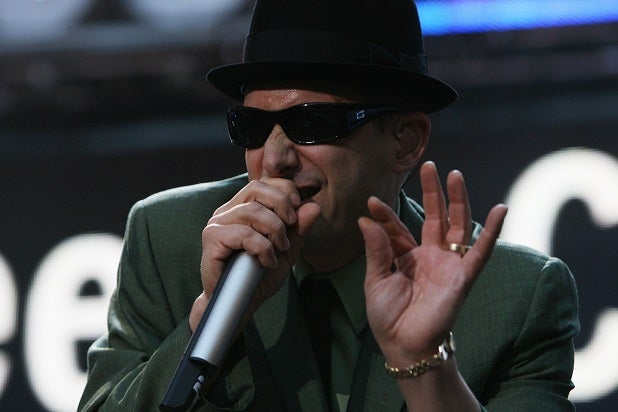 Beastie Boys Adam Horovitz and Mike Diamond have responded to the GoldieBlox lawsuit, saying that they were “very impressed with the creativity” of the video, and they support its message — but adding that it was still wrong to use their song “Girls” without permission.

They aren’t too thrilled with the fact that GoldieBlox took a sue-first approach, either. (An individual familiar with the situation told TheWrap that no complaint or demand letter had been filed against GoldieBlox.)

Read Horovitz and Diamond’s full response to the suit below.

“Like many of the millions of people who have seen your toy commercial ‘GoldieBlox, Rube Goldberg & the Beastie Boys,’ we were very impressed by the creativity and the message behind your ad.

“We strongly support empowering young girls, breaking down gender stereotypes and igniting a passion for technology and engineering.

“As creative as it is, make no mistake, your video is an advertisement that is designed to sell a product, and long ago, we made a conscious decision not to permit our music and/or name to be used in product ads.

“When we tried to simply ask how and why our song ‘Girls’ had been used in your ad without our permission, YOU sued US.”

The Beastie Boys have a real legal issue over a joke song on their hands.

The group is being sued by a toy manufacturer that claims the Beasties are trying to shut down a video that lampoons the group’s song “Girls.”

In the complaint, filed in U.S. District Court in Northern California on Thursday, toymaker GoldieBlox says it’s been threatened with legal action over its video, which recasts the Beasties song “Girls” — characterized as “highly sexual” in the lawsuit — as a message of female empowerment.

GoldieBlox says that it is “founded upon the principle of breaking down gender stereotypes, by offering engineering and construction toys specifically targeted to girls.”

In keeping with that philosophy, the complaint says, the GoldieBlox video features girls rejecting stereotypical playtime activities and instead creating “a highly creative and complex Rube Goldberg mechanism.”

The lyrics are similarly altered to reflect the options available to females, including, “Girls to build the spaceship/Girls to code the new app/Girls to grow up knowing/That they can engineer that.”

(By contrast, the lyrics to the Beastie Boys original read, in part, “Girls — to do the dishes/Girls — to clean up my room.”)

The suit, which also names Island Def Jam Music Group, Brooklyn Dust Music, producer Rick Rubin and Sony/ATV Music Publishing Group, says that lawyers for the Beastie Boys have since claimed that the parody constitutes copyright infringement, and falls outside the scope of fair use.

GoldieBlox is suing to “clarify the rights of the parties, and to refute the baseless assertion of copyright infringement finally and definitively.” They also want declaratory judgment stating that the video is a parody that falls under the Fair Use Doctrine.

An earlier version of this story misstated the name of the toy company. TheWrap regrets the error.