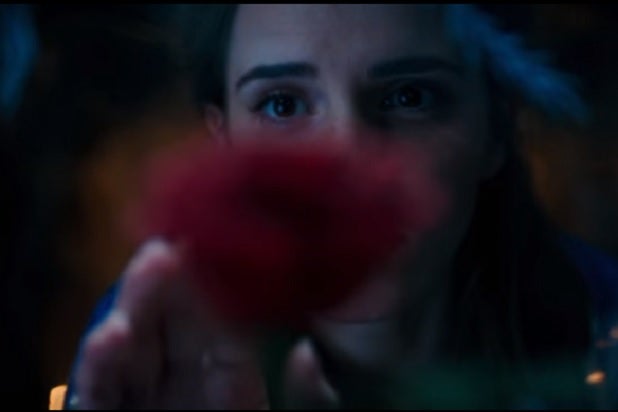 Disney’s live-action “Beauty and the Beast” remake doesn’t come out for another six weeks, but anticipation for the film is so high that it is selling advance tickets at the same rate as superhero films, according to Fandango.

Fandango began selling advance tickets for “Beauty and the Beast” on Monday, and already it has become the top seller on the ticket website this week, with hundreds of sold out showtimes across the country . The site also reports that it has sold more advance tickets in its first three days than any other family film, breaking the record set last year by Pixar’s “Finding Dory.”

“With its dazzling new trailers, ‘Beauty’ is creating tremendous buzz among movie fans of all ages,” says Fandango Managing Editor Erik Davis. “Its pre-sales rival those of a superhero movie.”

The new movie stars Emma Watson as Belle and Dan Stevens as the spoiled prince who is punished for his selfishness by being transformed into a fearsome beast. The cast also includes Ewan McGregor as Lumiere, Ian McKellen as Cogsworth and Emma Thompson as Mrs. Potts.

The original film was one of the most successful movies in Disney history. It became the first animated movie to receive an Academy Award nomination for Best Picture, and remains the only one to do so prior to the Academy expanding the Best Picture nominee list in 2010.

Celine Dion, who performed the movie’s title song in the original animated film, is returning to perform a new song for the remake, while John Legend and Ariana Grande will sing a duet rendition of “Beauty and the Beast.

“Beauty and the Beast” arrives in theaters March 17.