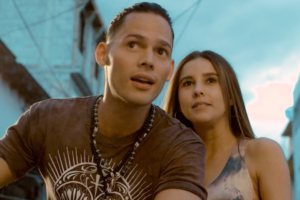 ”They are basically able to hide behind the pandemic,“ says one vendor owed for unpaid work from 2019

Beautycon, the L.A.-based beauty company known for live events for budding fashionistas and beauty brands as well as its firebrand CEO Moj Mahdara, is battling financial strain as it gears up for two events it hopes to hold this fall despite the pandemic. The troubles have led to layoffs, a six-figure court judgment, unpaid bills to vendors and accusations of keeping its investors in the dark.

A representative for Beautycon acknowledged the company’s financial challenges. “The company has been in the throes of working to strategically recapitalize the company for the past 18 months,” the spokesperson told TheWrap. “We had also been looking to 2020 to both continue those efforts, and focus on our domestic and international events in order to move the company forward. As with most event companies, 2020 has presented serious, unprecedented challenges to our business.”

But the company, which boasted revenues of $16 million-plus four years ago and lined up high-profile investors like L’Oreal and Hearst, was struggling with its bottom line well before the pandemic wiped out live events, as TheWrap previously reported.

Multiple vendors told TheWrap they still have not been paid nearly a year after Beautycon’s flagship events in 2019 that attracted more than 30,000 influencers and beauty enthusiasts. In May, a judge ordered Beautycon to pay nearly $300,000 to audio-visual services company 3G Productions for unpaid work — a legal judgment that could lead to garnishing Beautycon’s bank accounts.

In addition, multiple other past vendors have filed complaints with the Better Business Bureau and hired collection agencies to seek reimbursement for tens of thousands of dollars. A rep for one collections agency, The Kaplan Group, said it has been retained by four different parties to collect a total of $122,000 from Beautycon. “We have been transparent with our vendors about our fundraising challenges in 2019,” the Beautycon rep told TheWrap. 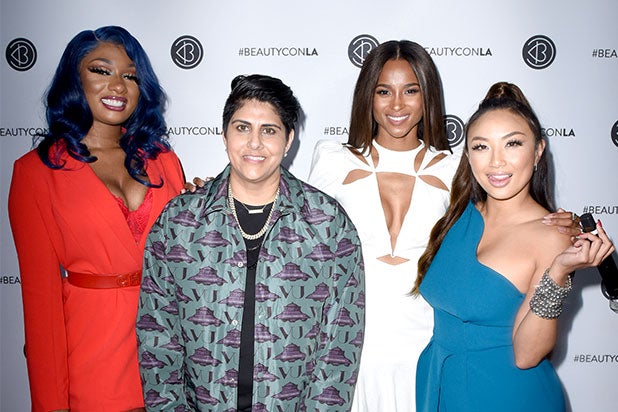 Last year’s events ran at least $150,000 over budget in talent and brand deals, according to an individual with knowledge of the company, and forced delays in payments to talent like Kehlani, Chris Brown and SZA who had participated in brand deals and command as much as $100,000 for an appearance. At the time, a Beautycon spokesperson denied any delay in payments. CAA, which represents the three stars, declined to comment on whether its artists eventually received payment. Other agencies including WME, UTA and ICM also did not respond to requests for comment on behalf of their clients.

Mahdara is known as a charismatic and unapologetically outspoken CEO, as she made clear at an appearance at a WrapWomen event in 2017, and Beautycon became a sensation with high-end brands. But she has also left many bruised relationships in her wake.

“Beauty brands are obsessed with it (Beautycon) because the consumers show up,” said one veteran sales executive who spoke on condition of anonymity. “But internally it is hell to work there. She treats people horribly. And on the vendor side, they say the relationships are horribly run. But they get the people there.”

Mahdara declined a request for an interview for this story.

According to two former employees, Mahdara has tried to offer vendors and talent equity in lieu of payment — a practice that one former staffer said happened as far back as 2014 and 2015. “I remember thinking, she’s writing all these checks and deal memos she’s not going to be able to cash,” the individual said. “There was a point where I said, ‘How is she going to pay people back?'”

A Beautycon spokesperson denied that the company “offered talent equity in return for talent services rendered in 2019” — but did not address whether the company offered equity to vendors or made talent deals prior to 2019.

The pandemic has not only upended plans for 2020 events but also provided a ready excuse for people still owed money. “They are basically able to hide behind the pandemic,” one video vendor told TheWrap. “They can’t host festivals in 2020, and without revenue, they are not going to pay vendors. It was explained to us that we shouldn’t expect to be paid.”

Officially, Beautycon is still planning to hold events in New York City’s Javits Center on Oct. 31 and Nov. 1 and the L.A. Convention Center on Dec. 5 and 6. But mounting large-scale events so soon seems improbable and many ticket-holders have posted on Beautycon’s Instagram page seeking updates about the 2020 events. “We are currently working through scenarios for the Beautycon 2020 festivals with city officials and our venue partners,” the spokesperson said.

Founded in 2013, Beautycon has grown since its origins as an invite-only YouTube event to a lucrative convention making money from ticket sales as well as sponsorship deals. Mahdara, who became CEO in 2015, quickly scaled up the events’ revenues from $9 million in 2015 to $16 million by mid-2016, according to Forbes. She also lured high-profile investors including Hearst Communications, A+E Networks, BBG Ventures, L’Oreal, Muse Capital and Jay Brown, CEO of Roc Nation, according to CrunchBase.

However, multiple insiders told TheWrap that investors have not been updated about the company’s financial condition in recent months. Additionally, on an Instagram page “BeautyConned by Moj” launched on July 1 as a forum for vendors, influencers and investors who feel shortchanged by the company, one person claiming to be an investor said he had not received an update from Mahdara in over a year: “She clearly does not tell the truth about many things. Shame to see the company likely go bankrupt.”

Beautycon’s rep responded, “All Beautycon investors with rights to financial data & information rights are updated consistently and are currently up to date. Beautycon management has been transparent with the Board and shareholders about its challenges.”

Spokespeople for Hearst, BBG, A+E, Muse Capital, Roc Nation and L’Oreal did not respond to requests for comment. 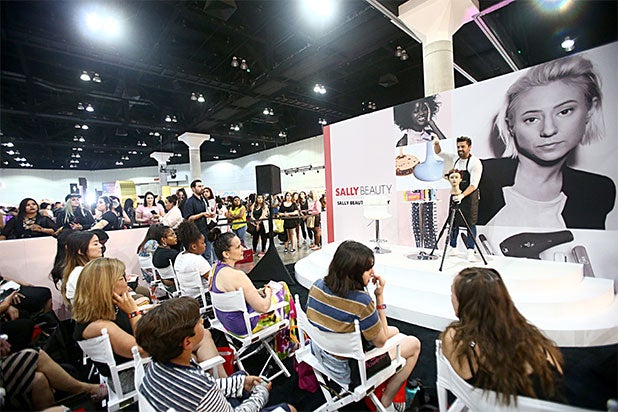 Although Mahdara was able to raise millions in funding before 2018, the company’s fortunes have turned. Last November, TheWrap reported that Beautycon Media went through two rounds of layoffs in three months. A spokesperson for Beautycon said at the time that nine people were let go in the cuts. An insider with knowledge of the company said that the layoffs constituted 60% of Beautycon’s staff. After September’s layoffs, just 25 full-time employees remained, the insider said.

The company laid off another 50% of its staff in mid-March and one payroll was delayed to its remaining employees, Women’s Wear Daily reported in May. Around that time, the company secured a loan of between $350,000 and $1 million from the U.S. Treasury Department’s Paycheck Protection Program for companies hurt by pandemic shutdowns — in its loan application, the company claimed 26 full-time employees. The Beautycon rep had no comment on the company’s current staffing.

All this comes two years after Mahdara received an offer to sell BeautyCon for $50 million to Reed Exhibitions, which owns ComplexCon, an individual who previously served on Beautycon’s leadership team told TheWrap. But Mahdara declined because she wanted more money, the insider added. A spokesperson for Reed Exhibitions did not respond to multiple requests for comment; Beautycon’s rep had no comment.

Still, the financial woes have continued. At least three vendors told TheWrap they have yet to see payment for services provided to the 2019 events. All had made repeated attempts to get payment from Mahdara and CFO Michael Rafter — but received only emails in which Mahdara or Rafter conceded the company’s financial troubles.

In an email from January 2020, Rafter told one vendor that the company didn’t have the $18,000 owed but was closing in on conversations with investors and hoped to finalize a new round of investment by the end of 2019. A second vendor, who runs a corporate marketing event company and was hired to do printing work for the 2019 event, said he learned of a “deep” list of vendors still owed money. “I was surprised that that a reputable conference wouldn’t have their ducks in order,” he said. “You typically know your ticket sales in advance.” 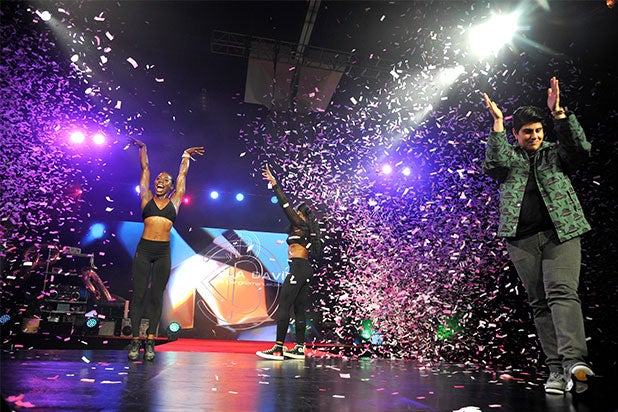 After repeated inquiries for the thousands it was owed, first-aid services provider First Rescue EMS received only a generic email response: “Our growth has us a bit underwater from the shear [sic] volume of invoices that we’re still processing post festival. We sincerely apologize and appreciate your partnership. We’re working our hardest to process contracts, invoices and payments as quickly as we can and appreciate your patience.”

First Rescue owner Ricardo Torres said, “It’s like they knew they would take advantage of the small guys knowing there are not a lot of avenues to take for us.”

The vendors said they want to speak out about the lack of payment now so other companies don’t face the same fate. After all, the video producer said, BeautyCon is an event for young creators who hope to break through in the beauty industry.

“When we first started working with beauty influencers and brands, as a dude, I thought, this is excessive, but the beauty industry is so beautiful and inclusive and Beautycon did a great job of gravitating towards that,” the vendor said. “There are hundreds of thousands of young creators just trying to find community, and I learned to love the beauty world, that it allows and enables a person to be on the outside as they are on the inside. And to think there is a company that can defraud young people… that young content creator who wants to be part of that beauty world, when they get their heartbroken and their dreams smashed by a fraudulent company, that’s not OK.”