Becky G, Rita Wilson, Chrissy Metz and Diane Warren will be performing live at WrapWomen’s 2019 Power Women Summit, to be held at the Fairmont Miramar Hotel in Santa Monica on October 24-25.

Stars of the upcoming film “The Clark Sisters: First Ladies of Gospel” Angela Birchett, Sheléa Frazier and Christina Bell will also be performing songs from the Lifetime movie.

The event will kick-off on Thursday evening with a live performance by Chrissy Metz with Diane Warren on guitar of the original song “I’m Standing With You.” The song was written by Warren for the feature film “Breakthrough” which starred Metz. It will be followed by a spotlight conversation with Chrissy Metz moderated by TheWrap founder and editor in chief Sharon Waxman. Rita Wilson will also be performing an acoustic set on opening night with her band.

Day two of the event will begin with a gospel performance by Angela Birchett, Sheléa Frazier and Christina Bell. The summit programming will conclude on the afternoon of Friday, October 25 with an acoustic set by Becky G. who will also be presenting this year’s Voice of the Future Award. 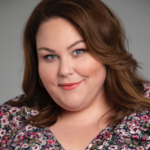 Emmy and two-time Golden Globe nominee Chrissy Metz stars on the award-winning NBC series “This Is Us.” Most recently Metz starred as Joyce Smith in the 20th Century Fox film “Breakthrough.”

She also performs “I’m Standing With You” on the “Breakthrough” soundtrack, written by 10-time Academy Award nominee Diane Warren, which Metz performed at the 2019 ACM Awards. Currently, Metz is working on her debut country album. 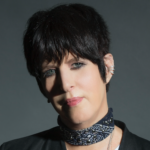 Diane Warren’s songs have been featured in more than 100 motion pictures resulting in 10 Academy Award nominations. 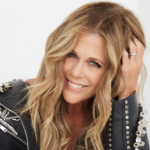 Rita Wilson is a multi-talented actress, producer, singer and songwriter. In May 2012 Rita realized a lifelong dream with the debut of her solo album “AM/FM,” cover songs from the sixties and seventies.  Since the release of “AM/FM,” Wilson has been focusing on a new component of her musical career as a songwriter. In 2016, she released her eponymous first album of original songs co-written with some of music’s best. Following her recently acclaimed third album, “Bigger Picture,” Wilson’s fourth album, “Halfway to Home” stakes out new sonic territory – the place where Southern California rock meets Nashville country. 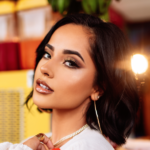 Becky G. has toured alongside and recorded collaborations with Katy Perry, Demi Lovato, Pitbull, Daddy Yankee, ZAYN and more. Last week at the Latin American Music Awards she won best female artist for the second time and was also honored with the Extraordinary Evolution Award for her success as a young performer who has reached the pinnacle of success in a short period of time.