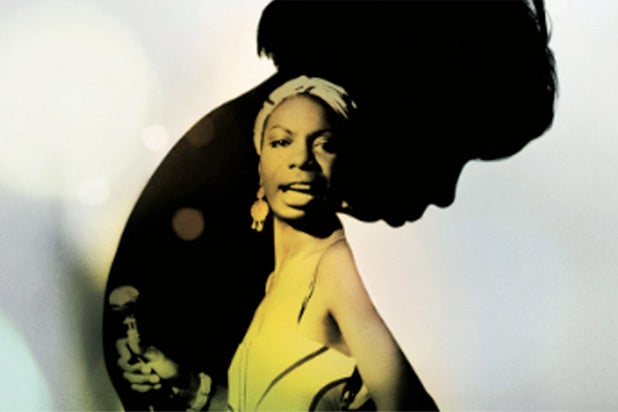 The image is burned into my mind: Beyoncé, at the end of the awesome “Formation” video laying atop a New Orleans police department car, eyes slammed shut, as the car plunges down into the water. It’s a statement about Katrina and New Orleans and perhaps even Flint with its water nightmare. It’s a powerful visual.

Burned, too, into my memory is Kendrick Lamar’s Grammy performance on Monday where he came out in handcuffs and chains and said, “You hate me, don’t you? You hate my people, your plan is to terminate my culture.” He was speaking to mass incarceration and appropriation and the crushing of Black culture.

More and more entertainers are growing aggressive about political expression. When people tell them to step back into their boxes, the rest of us need to lift them up and support their message. I recently re-watched the amazing Oscar-nominated documentary “What Happened, Miss Simone?” and was in awe at how Nina was so dedicated to her activism that she spoke out in ways that damaged her career and even still, she continued on. Her legacy and impact is undeniable.

Nina saw herself as more of an activist than a singer. She put her principles first and her career second. She lived with a stubborn integrity, even though it badly damaged her career. In the ’60s, she was making some of the greatest music ever recorded: In my mind, the emotional depth of her voice and the way it can stir up powerful emotions makes her the greatest singer of all time. But when she came to that fork that so many artists reach, where she had to choose between being a singer and being a political figure, she chose her principles.

Nina was a civil rights figure and a politically aggressive one. She told Dr. King, “I am not nonviolent,” and thought of taking up arms to get her point across. After four little girls were killed by a bomb in Birmingham, Ala., and Medgar Evers was killed by a bullet outside his home in Jackson, Miss., Nina recorded one of the most powerful songs of her career, “Mississippi Goddam.”

But her politics ate away at her touring opportunities because her positions made many people uncomfortable. But Nina knew that making a difference was more important than singing. She knew that silence is an action and she couldn’t afford to be silent. She spoke out, repeatedly, and paid for her freedom with her career.

Also Read: 'What Happened, Miss Simone?' Director on How the Singer Inspired Beyonce

Nina, to me, is an heroic figure. Whether or not you agree with her positions, I think you have to respect someone who put principle ahead of career and put country ahead of self. I would love to get all of the recording artists in America together in a room and have them watch this film in hopes that some of them will wake up and realize their political potential is far larger than they realize.

And amid the dialogue about the Oscars being so white I hope all Americans, particularly Academy voters, realize there is a film nominated about a woman who knew Black Lives Mattered — then, now and always. The film sends a message to the entire creative community that artists who have political courage are not forgotten and in the long run, they are rewarded.

View In Gallery
BIO Toure
Toure is a writer, music journalist, cultural critic, and television personality. He was a co-host of the "The Cycle" on MSNBC, a contributor to MSNBC's "The Dylan Ratigan Show," and the host of Fuse's "Hiphop Shop" and "On the Record." He is the author of several books, including "Soul City" (2004), "Who's Afraid of Post-Blackness? What It Means To Be Black Now" (2011) and "I Would Die 4 U: Why Prince Became an Icon" (2013).

Toure is a writer, music journalist, cultural critic, and television personality. He was a co-host of the "The Cycle" on MSNBC, a contributor to MSNBC's "The Dylan Ratigan Show," and the host of Fuse's "Hiphop Shop" and "On the Record." He is the author of several books, including "Soul City" (2004), "Who's Afraid of Post-Blackness? What It Means To Be Black Now" (2011) and "I Would Die 4 U: Why Prince Became an Icon" (2013).