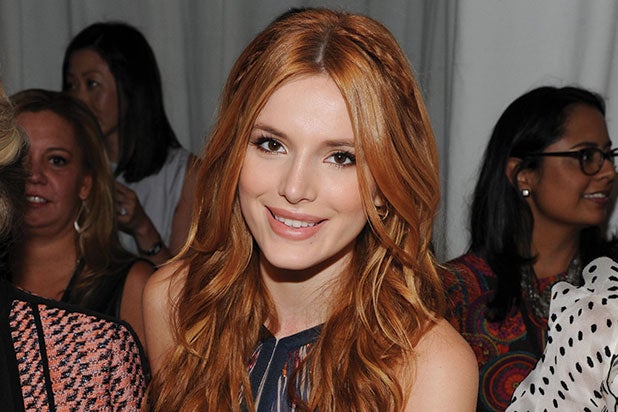 Thorne also just shot a Freeform pilot based on the novel “Famous in Love,” which was adapted by Marlene King and recently given a series order.

The young actress made her film festival debut last month at SXSW with Awesomeness Films’ “Shovel Buddies,” which she also produced. Meanwhile, her animated film “Ratchet and Clank” hit theaters this past weekend.

Thorne is currently filming Awesomeness Films’ “You Get Me,” which she is also producing, and this summer she’ll begin filming  Xavier Dolan‘s English-Language debut “The Death and Life of John F. Donovan” with Jessica Chastain and Taylor Kitsch.

Offscreen, Thorne has served as the face of the Candies brand and as a spokesperson for Neutrogena.  Her first novel, “Autumn Falls,” was published in 2014 and the second installment, “Autumn’s Kiss,” hits shelves this fall. In addition, Thorne frequently lends her voice to important causes such as the Boys and Girls Club Smart Girls initiative, The Thirst Project  and the Dyslexia Foundation.

Thorne continues to be managed by Thor Bradwell of Thirty Three Management and attorney Howard Fishman of Hirsch Wallerstein Hayum Matlof and Fishman.