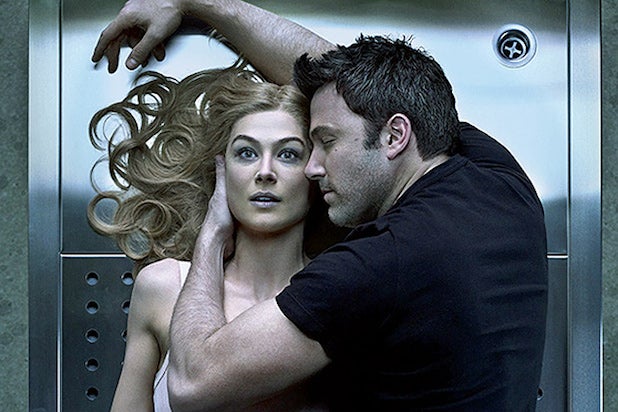 20th Century Fox has unveiled the first trailer David Fincher‘s “Gone Girl,” which stars Ben Affleck as a man who comes under suspicion when his wife (Rosamund Pike) disappears.

For the trailer, Fincher employs Richard Butler’s cover of “She” to haunting effect as search parties look for ‘Amazing Amy’ and the media hounds her husband, who maintains his innocence.

The atmospheric footage hints at what Fincher has in store for audiences, so watch the trailer below.