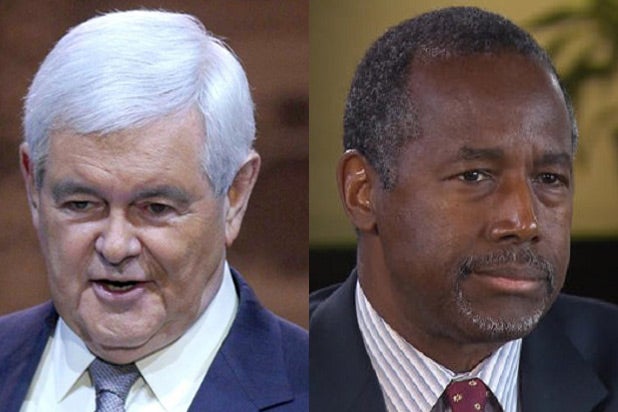 Note to politicians itching to share their thoughts on Friday’s Paris terror attack: A simple “Our thoughts and prayers are with the people of France” goes a long way.

Within hours of the incident, former Speaker of the House Newt Gingrich tweeted that the hostage crisis at Paris’s Bataclan concert hall could have been prevented if France allowed citizens to own concealed weapons.

“Imagine a theater with 10 or 15 citizens with concealed carry permits. We live in an age when evil men have to be killed by good people,” Gingrich tweeted.

Another Republican, presidential candidate Ben Carson, said that the United States should take this opportunity to block Middle East refugees from from entering the country.

“If we’re going to be bringing 200,000 people over here from that region — if I were one of the leaders of the global jihadist movement and I didn’t infiltrate that group of people with my people, that would be almost malpractice,” Carson told reporters at the Republican Party conference in Orlando, Florida.

“There are those out there who have a thirst for innocent blood in an attempt to spread their philosophy and their will across this globe,” he said. “We must redouble our efforts and our resolve to resist them. Not only to contain them, but to eliminate that kind of hatred in the world.”

U.S. Rep. Jeff Duncan, a Republican from South Carolina, tweeted that the tragedy is proof that Europe and America should stop Syrian refugees from coming into their borders because it might lead to more attacks.

“How’s that Syrian refugee resettlement look now? How about that mass migration into Europe? Terrorism is alive & well in the world. #No,” he tweeted.

Many Twitter users took the politicians to task for their comments. Gingrich’s tweets prompted a response from actresss Mia Farrow: “@newtgingrich STOP IT.”

Another Twitter user went a little further saying, “great timing to jump on the pro gun narrative you prick.”

A series of coordinated, deadly attacks at an estimated seven locations around Paris on Friday including a stadium, a restaurant and a concert hall left an estimated 153 people dead in what officials called the worst terrorism assault in memory.

French President Francois Hollande declared a state of emergency and shut all national borders in response to the crisis. The city announced the closure of all schools, museums, libraries, gyms, swimming pools and markets on Saturday.

Attackers took dozens of hostages at the popular Bataclan theater, where an American band called Eagles of Death Metal was playing. But when police stormed the theater hours later, there was more than 100 dead.

How's that Syrian refugee resettlement look now? How about that mass migration into Europe? Terrorism is alive & well in the world. #No

Imagine a theater with 10 or 15 citizens with concealed carry permits. We live in an age when evil men have to be killed by good people