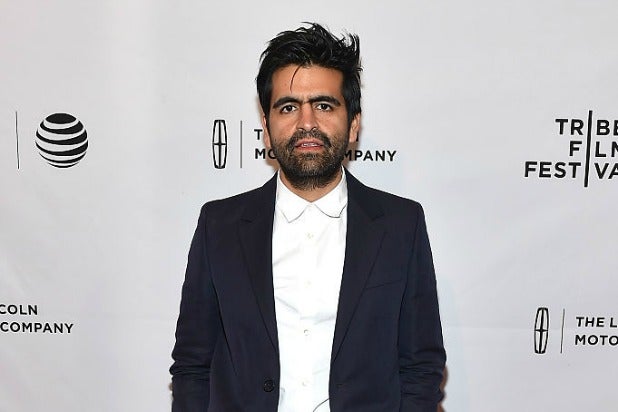 attends the "Between Us" Premiere during the 2016 Tribeca Film Festival at SVA Theatre 2 on April 18, 2016 in New York City.

IFC Films has acquired North American rights to Rafael Palacio Illingworth’s indie “Between Us,” TheWrap has learned.
The film, written and directed by Illingworth, stars Olivia Thirlby, Ben Feldman, Adam Goldberg, Analeigh Tipton, Lesley Ann Warren, Peter Bogdanovich and Scott Haze.
“Between Us” made its world premiere at the 2016 Tribeca Film Festival and will be released by IFC Films in January 2017.

The film was produced by Madeline Samit of Caviar Films, Eleonore Meier of Nora Films and Bert Hamelinck of Caviar Films.
In “Between Us,” a couple confronts the fear that settling down and getting married will mean their carefree days as city-dwelling young adults is coming to an abrupt and depressing end. Both are tempted by the allure of another life before ultimately realizing why they fell in love in the first place.
“We are very excited to be working once more with Rafael Palacio Illingworth after releasing his impressively sharp debut feature “Macho.” In “Between Us, Rafael continues to demonstrate a deft hand at balancing comedy, drama and romance while eliciting strong performances from his wonderful ensemble,” said IFC Films.

The deal for the film was negotiated with CAA on behalf of the filmmakers.
IFC Films is a sister label to Sundance Selects and IFC Midnight, and is owned and operated by AMC Networks Inc.