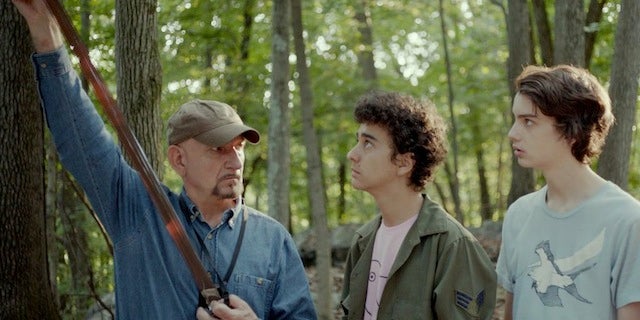 Focus World has partnered with Screen Media Films for a third time on U.S. distribution rights, this time for "A Birder’s Guide to Everything," which debuted at the Tribeca Film Festival earlier this year.

Focus World, the alternative distribution initiative owned and operated by Focus Features, and Screen Media will release the film on digital platforms and in theaters next spring.

"A Birder's Guide to Everything" marks the feature directorial debut of Rob Meyer, who wrote the script with Oscar winner Luke Matheny.

Kodi Smit-McPhee ("The Road") stars as David Portnoy, a 15-year-old birding fanatic who embarks on an epic road trip with a ragtag crew that includes a legendary ornithologist (Ben Kingsley) to solidify a place in birding history.

Deal was closed for Screen Media by Suzanne Blech and Seth Needle, and for Focus by Avy Eschenasy and Kent Sanderson, while Cinetic Media negotiated on behalf of the filmmakers.

“We’re excited to partner with Focus World again, bringing a wonderful and engaging movie to audiences nationwide. The filmmakers have created a uniquely appealing coming-of-age story that will register with all audiences," said Blech.