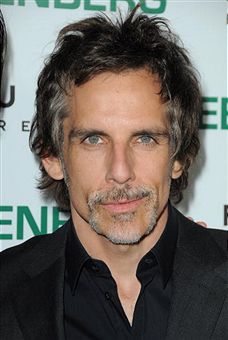 "Greenberg" star Ben Stiller is hunting for his next project — and not only does Vulture have the scoop, but it’s asking readers to vote on which project he should choose.

The contenders are the potential Cameron Crowe film "We Bought a Zoo," Fox’s adaptation of "Mr. Popper’s Penguins" and "Help Me Spread Goodness," which Stiller is already attached to produce and direct.

Between the "Madagascar" movies and the "Night at the Museum" series, the last thing I want to see is Stiller waddling around with some penguins for 90 minutes, so I’ll use this space to endorse the latter.

Mark Friedman’s politically timely screenplay made the 2008 Black List, an honor that almost always earns a project my vote of confidence. The story follows a Chicago banker who falls victim to a Nigerian internet scam and travels to Africa (where Stiller has been scouting locations) to find the sneaky swindler.

Stiller hasn’t committed to star at this point, but it sounds like it could offer a fun role for the actor coming off his turn as a miserable misanthrope in "Greenberg." Production is slated to begin next month.

The actor is no stranger to directing himself, having served double duty on "Reality Bites," "The Cable Guy," "Zoolander" and "Tropic Thunder," not to mention the now-classic TV series "The Ben Stiller Show."

Perhaps the safest bet to get Stiller in front of the camera is "We Bought a Zoo," based on the memoir by Benjamin Mee. Crowe has been circling the director’s chair in addition to rewriting Aline Brosh McKenna’s original adaptation. The heartwarming story concerns a family who takes over an ailing zoo in southwest England. Crowe is gearng up for a September start date.

Stiller was supposed to star opposite Reese Witherspoon in Crowe’s Hawaiian comedy known as "Deep Tiki," so if "Zoo" does get greenlit, it would be a reunion of sorts for the duo.

Of the two creature-themed movies, I prefer "Zoo" over "Penguins," but why would he go back to that family-friendly well after his biting performance in "Greenberg"?

Of course, we’re still waiting on sequels to "Meet the Fockers" and "Zoolander," so who knows what Stiller will wind up choosing. If I were his agent, I’d tell Stiller to reteam with his scene-stealing "Tropic Thunder" co-star Tom Cruise and go make "The Hardy Men." That one has to turn out better than "The Marc Pease Experience." Ugh!