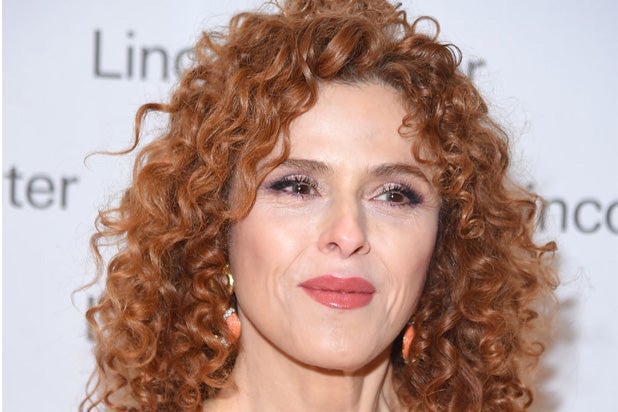 Peters will begin performances on Jan. 20, 2018, taking over as matchmaker Dolly Gallagher Levi from Bette Midler, who earned rave reviews as well as a Tony for her performance in the musical. Midler’s final performance will be Jan. 14.

“I’m absolutely thrilled to continue in the tradition of the incomparable Bette Midler, Carol Channing, and all of the other wonderful actresses who have played Dolly Levi, and I look forward to joining this wonderful company at the Shubert,” Peters said in a statement.

Midler added, “I cannot imagine leaving Dolly Levi in better hands than those of Bernadette Peters. She has created more historic roles in more legendary musicals than any living Broadway star, and most of the dead ones, too. I cannot wait to see her in the show from my very expensive premium seat in Row G which I know I will have to pay for.  She is joining the greatest group of people I have ever worked with, and when my run in this amazing show — and in this amazing part — is over, I will miss all of them more than I can express. I know they will take care of her the way they have taken care of me — with the heart and generosity they have shown me since day one of rehearsal.”

The revival won a total of four Tonys, including Best Musical Revival.