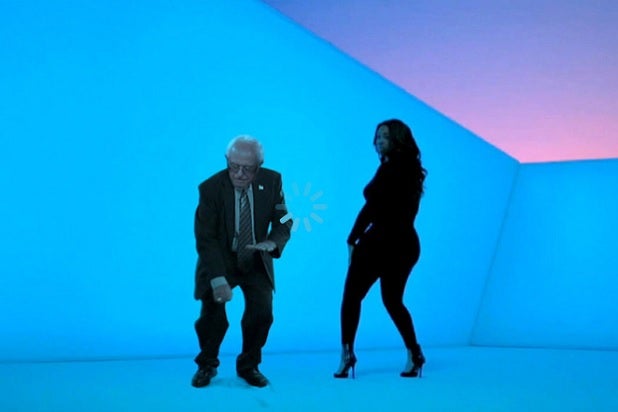 Bernie Sanders remembers when you used to call him on his cellphone.

At least according to Ellen DeGeneres. On Tuesday’s episode of her daytime talk show, DeGeneres claimed that ever since Sanders danced on her show, he’s gone dance crazy. “I think this whole dancing thing went to his head,” DeGeneres said.

She then played a new Sanders campaign ad specifically targeting younger voters. In the video, the Democratic presidential hopeful takes the place of Drake in the rapper’s music video “Hotline Bling.” “All right, Hillary, it’s your move,” DeGeneres said as the video concluded.

Sanders is the latest to join the long line of parodies of the new music video. Fans have been having plenty of fun with Drake‘s dance moves, digitally adding tennis rackets and other items as the rapper dances his way through the video.