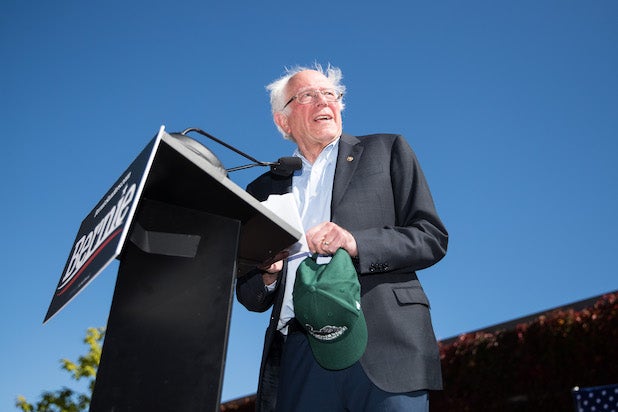 Bernie Sanders was released from the hospital after having a heart attack this week, according to an announcement from his campaign on Friday.

Earlier this week, Sanders experienced chest pain and needed to have two stents inserted to relieve an artery blockage. He was released from the Desert Springs Hospital Center in Las Vegas on Friday and, according to the New York Times, his doctors diagnosed him with a myocardial infarction — a.k.a., a heart attack. The senator and presidential candidate had cancelled his campaign events for the week to allow for recovery, but his campaign said that he will still participate in the upcoming Democratic presidential debate on Oct. 15, according to the Times.

“After two and a half days in the hospital, I feel great, and after taking a short time off, I look forward to getting back to work,” Sanders tweeted on Friday after he was released from the hospital.

I want to thank the doctors, nurses, and staff at the Desert Springs Hospital Medical Center for the excellent care that they provided. After two and a half days in the hospital, I feel great, and after taking a short time off, I look forward to getting back to work. pic.twitter.com/HjBc9LPjo4

Earlier in the week, Sanders assured his followers on Twitter that he was “feeling good” and made the case his Medicare for All policy platform.

“Thanks for all the well wishes. I’m feeling good. I’m fortunate to have good health care and great doctors and nurses helping me to recover,” he wrote. “None of us know when a medical emergency might affect us. And no one should fear going bankrupt if it occurs. Medicare for All!”