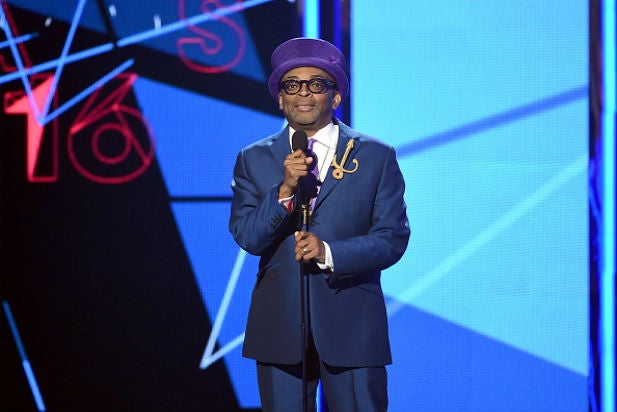 Sunday’s BET Awards dropped 29 percent off last year’s show in total viewers — at least in terms of those tuning in through the main cable channel.

And the show was down a whopping 43 percent from Chris Rock‘s hosting turn in 2014. Sunday’s celebration was hosted by “Black-ish” co-stars Anthony Anderson and Tracee Ellis Ross for the second year in a row.

Last night’s BET Awards aired across all 12 Viacom networks — the first time ever, and probably an effort to make up for expected eyeball losses. All told, the dozen cable channels combined for 7.2 million total live viewers. The 2015 BET Awards aired on BET and Centric simultaneously.

Despite the big drop, these BET Awards once again premiered as the No. 1 cable awards show in the key 18-49 demographic for the 2015-2016 TV season to date, attracting a simulcast-sum 3.8 million viewers from that age range.