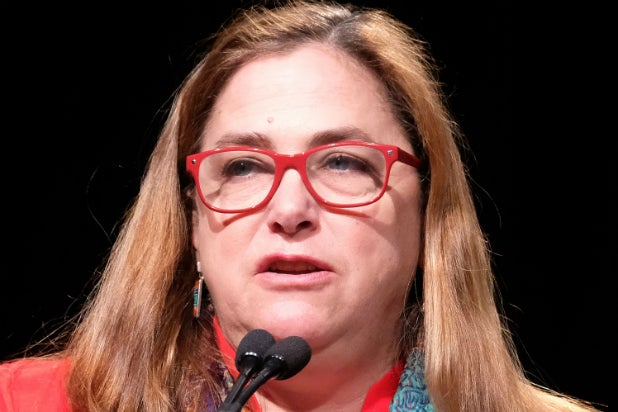 At PBS, the chief programming executive and general manager oversaw the rollouts of some successful Ken Burns’ documentaries, and she launched scripted series “Mercy Street.” During her tenure, PBS grew from the 12th most-watched network in America to the sixth — yes, thanks to viewers like you.

Below is a note from Hoppe’s new boss James Goldston, announcing her hire.

Team,
I am delighted to welcome Beth Hoppe to ABC News in a new role as Senior Vice President for Long Form beginning in March. Beth will oversee all our long form programming, including Lincoln Square Productions, 20/20 and digital features.

She is a brilliant producer and exceptional storyteller, who has led PBS to new creative heights and commercial success in the last seven years and most recently as Chief Programming Executive and General Manager.

Her achievements are impressive.

She oversaw the strategy and roll out of Ken Burns’ “The Vietnam War” and “The Roosevelts,” created the acclaimed drama “Mercy Street”, partnered with the BBC to produce nature and science specials, cultivated independent movie projects, such as the Oscar-nominated film “Last Days in Vietnam,” and produced history specials on the assassination of JFK and The March on Washington.

PBS grew from the 12th to the 6th most-watched network in America during her successful tenure.

In 2016 and 2017, her leadership propelled the network to more News and Documentary Emmy Award wins than any other network.

Prior to her time at PBS, Beth was Executive Producer at Discovery Networks and President and CEO of Optomen Productions, which produced programming for Discovery Channel, Animal Planet, Travel Channel, PBS and The Food Network.  She started in news at New Hampshire Public Television and as director of “The 10 O’Clock News” at WGBH in Boston.

Beth is an avid skier, cook and loves to entertain.  After spending many years in Washington, she’s looking forward to returning to New York, where she worked for 17 years.

Beth joins our long form teams at a time of great creative success and expansion. Our long form storytelling is one of the hallmarks of what makes ABC News so distinctive. Bringing together all our long form assets will position us to produce our very best creative and journalistic work in this moment of extraordinary opportunity across so many networks and platforms.

Beth’s keen instincts for discovering, creating and launching new programs will be essential to continue our momentum.  Please join me in giving her a warm welcome to ABC News.