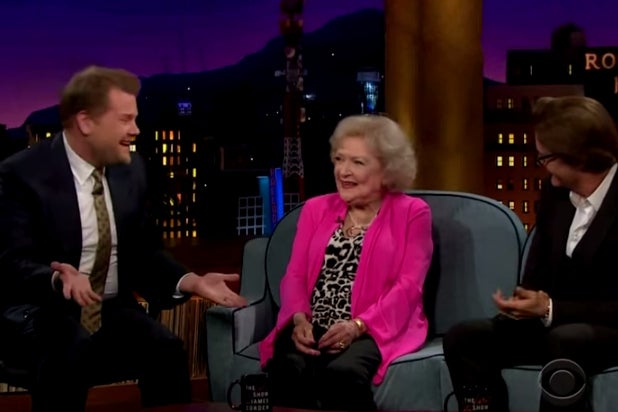 Betty White is still “Off Her Rocker” after all of these years, and the sweet, elderly prankster took her tricks to “The Late Late Show” Tuesday night.

The “Hot in Cleveland” star elected to prank call CBS host James Corden with an absurd list of demands for her guest appearance. Chief among those were lighting changes, which Corden couldn’t really handle himself. White also wanted her dressing room to be re-painted a different color, as the current cream is “just brown milked down,” as she put it with a straight face.

Plus, she wants to sing, she insisted. What song? Well, she’ll just take audience requests, White assured a confused Corden. Also, she likes M&Ms, but only the yellow ones.

Good luck with that panel interview, James — or as White kept calling him, “Johnny.”