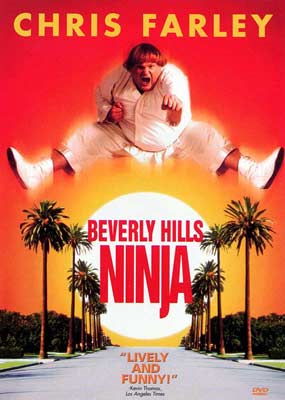 Mitchell Klebanoff, the co-writer and co-producer of "Beverly Hills Ninja," has filed suit in Los Angeles Superior Court against a group of Korean investors over the sequel to the 1997 Chris Farley martial-arts comedy.

Klebanoff claims that the Koreans failed to provide adequate funding, which forced the production to shut down repeatedly, ultimately leading to his removal from the project.

Klebanoff doesn’t specify damages in the suit but claims he was promised $400,000 to finish the film, which he never received.

In the filing, Klebanoff says he asked Sony’s Screen Gems division in 2006 for permission to seek outside financing for the film, which Klebanoff had written and hoped to direct.

Two years later, he says, he found a group of Korean investors who were willing to finance the sequel in exchange for distribution rights in Asia, with Sony distributing the film throughout the rest of the world.

Klebanoff claims to have shot 30 percent of the film in South Korea and Los Angeles before production was forced to shutter because nobody paid the bills.

He says he agreed to move the production to Vancouver but was fired in November for allegedly clashing with other producers.

The Hollywood Reporter has also located a separate lawsuit filed last Friday in federal court by the defendants. That complaint alleges that Klebanoff "utterly lacked the experience necessary to serve as director of the picture," resulting in plaintiffs’ investment being put at risk.