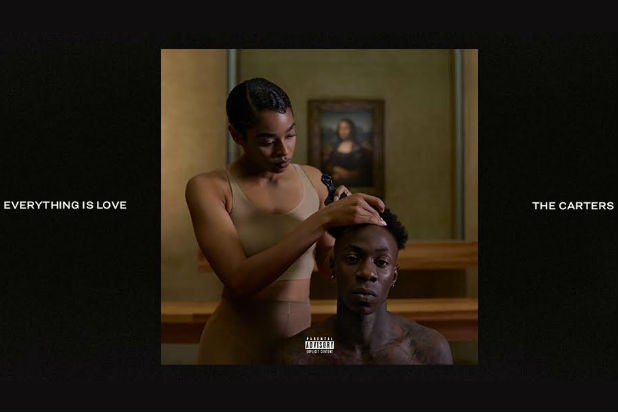 Beyonce and Jay-Z have announced their first ever collaborative album, a TIDAL exclusive called “Everything Is Love,” the music streaming service announced Saturday. The LP features nine tracks credited to both Jay-Z and Beyonce.

The married superstars are being billed as The Carters for the new record.

“Everything Is Love,” marks the first new music from Beyonce since “Lemonade,” which was released in April 2016. Last year, Jay-Z dropped a new solo record called “4:44.”

The duo also shared a video for the album track “APESHIT”, which you can watch below. The video was directed by Ricky Saiz which was shot last month at the Louvre in Paris.

The pair are set to perform at the Rose Bowl in Los Angeles on Sept. 22.

In 2014, Jay-Z and Beyonce performed six weeks of sold-out stadium dates across North America as part of their original tour of the same name. The tour concluded with two international dates in Paris, that were filmed for an HBO special.

The tour is presented by Live Nation Global Touring in association with Parkwood Entertainment and Roc Nation. Tickets will go on sale to the general public starting Monday, March 19 at LiveNation.com and all usual outlets. On-sale dates and times vary.