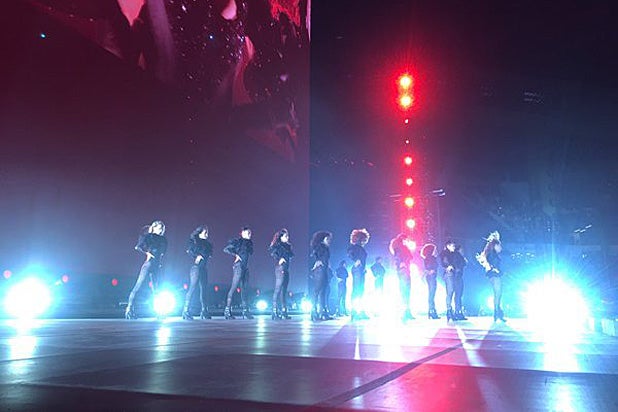 Beyonce didn’t need an extra weapon to get fans hyped for her new “Formation” tour, but the release of her controversial visual album “Lemonade” last Saturday didn’t hurt.

The iconic singer sent the Beyhive into a frenzy on Wednesday when she kicked off her latest set of live shows in Miami at Marlins Park.

“If you came here to have a good time, say, ‘I slay.’ If you’re proud of where you’re from, say, ‘I slay,'” she told the screaming audience.

And those in fear of a permanent rift between Beyonce and hubby Jay Z were relieved to see the music mogul in the front row, along with Rick Ross, Lil Wayne and Michelle Williams. She even paid tribute to him in her final song, “Halo,” after sparking cheating rumors with references to “Becky with the good hair” on “Lemonade.”

“I’d like to dedicate this song to my beautiful husband,” she crooned.

The Grammy winner also made sure to remember another music legend, Prince, by playing “Purple during one of her interludes.

See the excited tweets below.

You better believe I'm buying the $150 satin jacket at the #FormationWorldTour ????

"I'd like to dedicate this song to my beautiful husband." – Bey intro'ing "Halo." Dude next to me kissed his teeth. ????????#formationworldtour