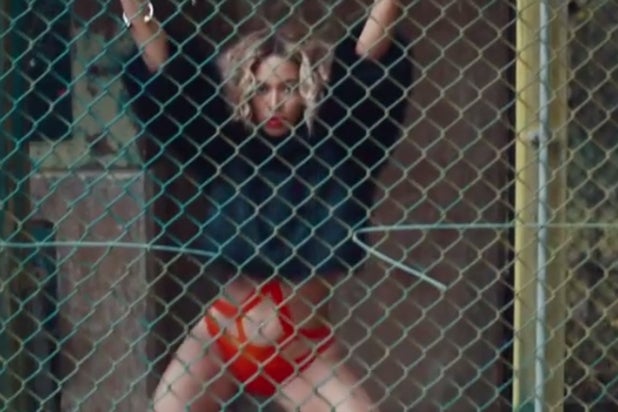 Beyonce released the third part of her “Self-Titled” featurette series, “Run ‘N Gun,” on Christmas Day, where she shared behind-the-scenes footage of her secret album.

In the five-minute plus clip, the pop singer claimed to have recorded 80 songs for the album. The final version of her unannounced effort, which was released exclusively on iTunes, consisted of 14 songs and 17 videos.

Rapper-husband Jay Z joined in on the fun in the mini-documentary, where the two discussed the creation of their “Beyonce” collaboration, “Drunk in Love.” Mr. and Mrs. Carter also take viewers behind the scenes of the organically-developed accompanying music video shoot for the song.

The beach scene, and the studio atmosphere during the initial recording (which also included super-producer Timbaland on the keyboard) seem to reflect more of a party environment than a work one.

Beyonce dropped a self-titled visual album with no announcement on Dec. 13. It quickly became the overwhelming No. 1 album in the country, a feat it repeated in its second week.

The story of the album that nobody knew was coming continues in the upcoming Part 4.