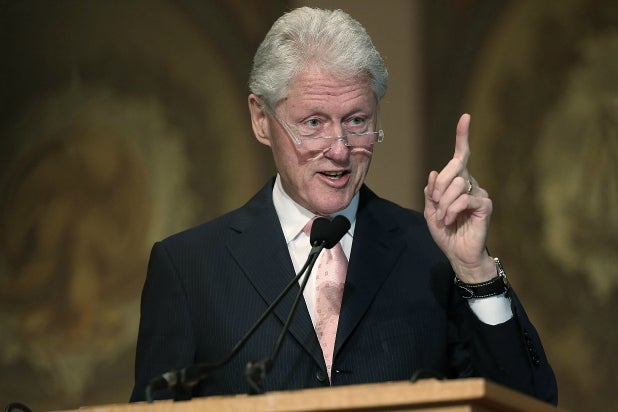 Univision Communications Inc. has a new president — at least for about an hour.

The media company has nabbed President Bill Clinton for a moderated Q&A conversation during its upfront presentation next week in New York City. The theme of this year’s upfront is “This Way Forward.”

The conversation is set for May 12 at the Lyric Theatre, beginning at 11 a.m. ET. A lunch reception follows at noon in Gotham Hall.

UCI invited clients early on Wednesday; Univision did not have any comment nor offer additional details on the high-profile booking when approach by TheWrap.

The TV upfronts, at which networks attempt to woo media buyers with their new programming offerings, have been underway for several weeks. Next week, however, is the big one, with each of the broadcast networks hosting events.

Major cable channels will also be presenting next week.