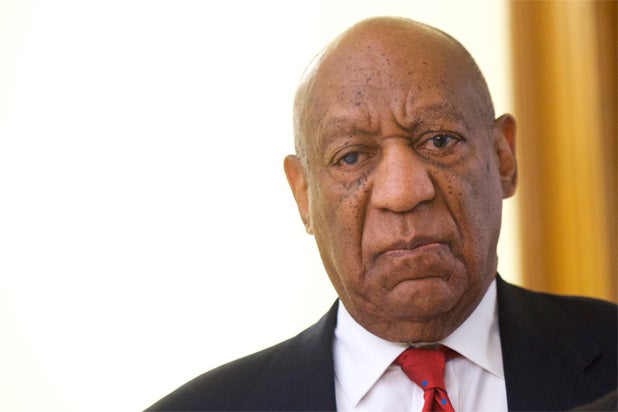 Bill Cosby took issue with AIG, saying in a statement Saturday that the insurance company paid a defamation settlement “without my knowledge, without my permission and without my consent” to about seven women who had accused him of sexual misconduct.

In Cosby’s statement, he said that the settlement showed that the insurance company paid was “part of the corruption against” him.

“AIG showed that they’re a part of the corruption against me, by paying off these distractors, without my knowledge, without my permission and without my consent,” Cosby wrote. “AIG’s egregious behavior will be frowned upon by their many customers. They have proven that they do not have the best interest of their clients in mind, which will cause them to lose an overwhelming amount of business.”

He added, “I, [Bill Cosby], will never settle any defamation claim, I will continue to pursue my counterclaims, and I will not relinquish AIG from its responsibility in defending my defamation claims. That’s why I paid my premiums on time and I never let my policy lapse. AIG’s settlement of these claims in Massachusetts makes them look corrupt and it exposes my innocence. Thank you very much.”

According to court documents filed in federal court in Massachusetts Friday, “Plaintiffs’ claims against Defendant William H. Cosby, Jr. have been settled.” Terms of the settlement were not disclosed.

The lawsuit was initially filed in 2014 by Tamara Green, who said that Cosby defamed her by denying her accusations against him. Green had accused Cosby of assaulting her in the early 1970s, when she was an aspiring model and singer.

Cosby, 81, has been accused of sexual misconduct by dozens of women, a number of whom accused the former “The Cosby Show” star of drugging them beforehand. Cosby has denied the accusations.

The comedian is currently serving a sentence of three to 10 years in a Pennsylvania state correctional facility, after being found guilty on three counts of aggravated indecent assault in April 2018.

The conviction stemmed from the accusations of former Temple University employee Andrea Constand, who said that the comedian drugged and molested her at his Pennsylvania home in 2004.

Pamela Chelin and Tim Kenneally contributed to this report.