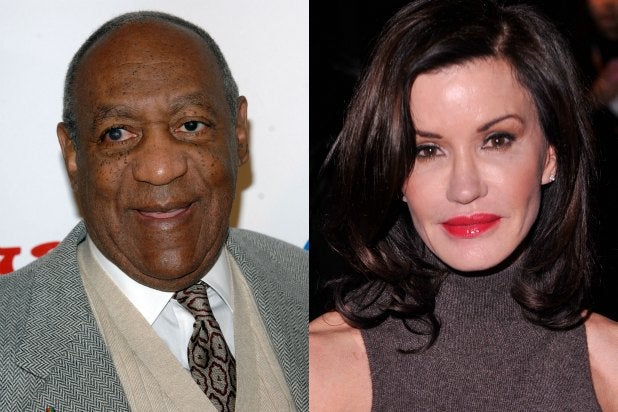 Attorneys for scandal-plagued comedian Bill Cosby are firing back at model Janice Dickinson, who is suing Cosby for defamation.

In legal papers filed in Los Angeles Superior Court this week, Cosby’s lawyers ask to strike Dickinson’s complaint on numerous fronts, including that Dickinson has “actively cultivated a reputation for outrageous behavior that includes substance abuse, mental lapses and lying.”

Dickinson filed her lawsuit in May, claiming that she suffered defamation and emotional distress as the result of Cosby’s representatives denying her claims that the comedian had sexually assaulted her.

“Defendant Cosby knows that he drugged and raped Ms. Dickinson,” Dickinson’s lawsuit reads. “He knew that calling her rape disclosure a lie was a false statement.”

However, in papers filed this week, Cosby’s team contends that Dickinson’s suit “arises from an act in furtherance of the right of free speech,” and that the statements denying Dickinson’s claims “were made in a public forum and concern an issue of public interest,” and thus fall within the scope of anti-SLAPP rules.

The filing contends that Cosby can’t be held liable for the statements, which he didn’t make, and that Dickinson “cannot show that she suffered any damages.”

The papers also claim that Dickinson is trying to “cash in on the recent media frenzy surrounding Mr. Cosby.”

Cosby’s team also alleges that Dickinson has a “reputation as a liar and substance abuser.”

“Ms. Dickinson claims that Mr. [Martin] Singer branded her a liar, when, in fact, lying is part of her ‘brand,'” the filing reads. “In her quest to remain in the public eye, Ms. Dickinson has actively cultivated a reputation for outrageous behavior that includes substance abuse, mental lapses and lying.”

In November, former “America’s Next Top Model” judge Dickinson came forward to claim that Cosby assaulted her in 1982 in Lake Tahoe, adding that the comedian gave her wine and pills that caused her to pass out.

“Her new story claiming that she had been sexually assaulted is a defamatory fabrication,” Singer said.