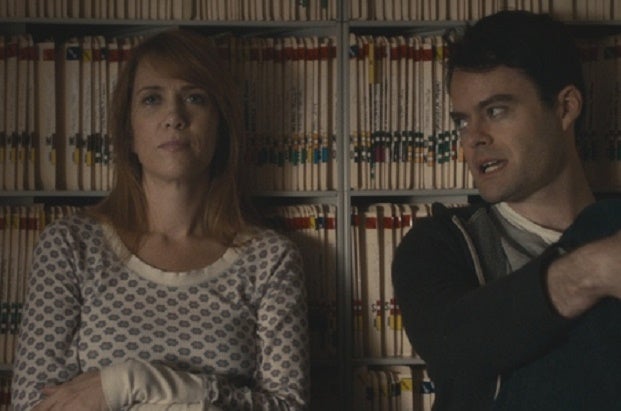 Sundance Film Festival award-winner “The Skeleton Twins” got off to a fast start at the specialty box office this weekend.

The drama starring Bill Hader and Kristen Wiig as long-estranged and troubled twins reuniting and putting each others’ lives back on track took in $410,756 from 15 theaters for a strong $27,383 per-theater average for Roadside Attractions and Lionsgate. That was easily the best of any film released this weekend. The film, directed and co-written by Craig Johnson, played in New York, Los Angeles, Chicago, San Francisco and Washington D.C.

The two stars, along with co-stars Luke Wilson and Ty Burrell, have been energetically promoting the film, which has an impressive 89 percent positive rating on Rotten Tomatoes. “The Skeleton Twins” won the Waldo Salt Screenwriting award at this past Sundance Film Festival, where Roadside Attractions and Lionsgate acquired the film.

A Roadside spokesman said Sunday that “The Skeleton Twins” will open in the balance of the top ten markets next weekend, in advance of a nationwide release on September 26.

“The Disappearance of Eleanor Rigby” debuted to $77,181 in four locations for the Weinstein Company, a $19,370 per-screen average. The marital drama starring Jessica Chastain and James McAvoy was originally two films — one depicting the breakup from the a man’s perspective, the other from a woman’s– but this is a combined version.

“My Old Lady,” the comedy-drama starring Maggie Smith, Kevin Kline and Kristen Scott Thomas, took in $134,000 from 11 theaters for a $12,800 per-screen average in its debut for Cohen Media Group.

For the record: An earlier version of this story had an incorrect per-screen average for “My Old Lady.”