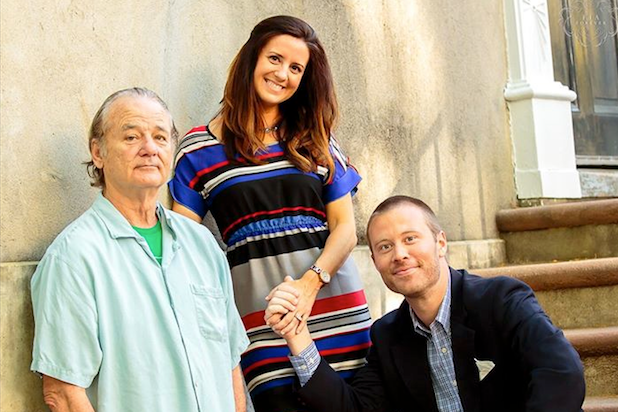 Bill Murray appears when and where Bill Murray is most needed, like a sign from above that for all of life’s complexity and momentary disappointments, it is fundamentally a silly thing meant to be enjoyed whenever possible.

This week, the wandering actor-comedian-philosopher appeared to a couple taking engagement photos in South Carolina, goofing off to assure that they’d smile in the photos.

“I thought who the heck is bothering them,” Raheel Gauba, a SC photographer, told the Charleston Post and Courier on Wednesday. “I turn around and it’s Bill Murray with his shirt up, belly out, tapping his belly and trying to make them laugh.”

The couple invited Murray to join them in the photos, obviously, and the acting legend complied. In a perfect world, he would accept their invitation to the wedding, but their best bet is to just hope that he randomly shows up on the day they exchange vows.