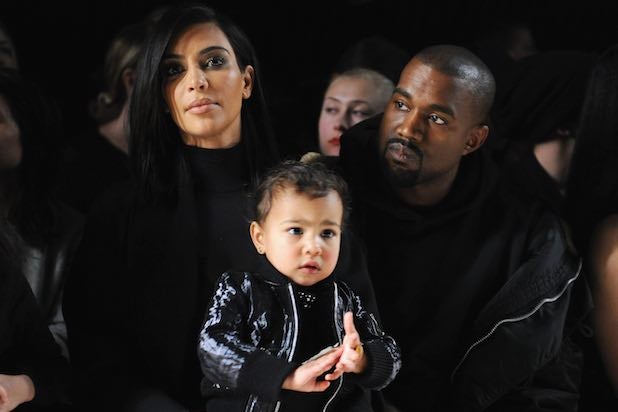 Billboard is under fire for “sexualizing” a toddler on Twitter. And not just any toddler, either. Readers are blasting a tweet accompanying a picture of Kim Kardashian and North West, the 20-month-old daughter she shares with Kanye West.

“The apple doesn’t fall far from the tree…” the since-deleted tweet reads, along with a picture of North licking a  lollipop.

“You’re sexualizing a child. Wow,” one woman tweeted in response, while one man wrote: “This is disgusting of you guys.”

Although many seem to be interpreting the tweet as some kind of reference to Kardashian’s sexual escapades, famously documented in a sex tape with former boyfriend Ray J, the tweet was actually linking to a cutesy article headlined, “North West Fires Off Adorably Sassy Comment To Paparazzi: ‘I Said No Pictures.'”

After noticing the backlash building, the publication issued a clarification: “The caption was about her comments to paparazzi. The suggestion some see was not intended.”

That hasn’t put out the flames, though.

“Wtf was that tweet about Billboard? Toddler blow job jokes…seriously?? Disgusting,” one reader commented on the article, where another argued the apology wasn’t sufficient.

“Don’t throw a rock and then hide your hand. Or tell people it was a rock b/c that’s what they ‘perceived’ it to be,” the angry commenter wrote. “If the backlash wouldn’t have been so swift and strong, you would’ve left that sexually suggestive tweet about a toddler up. Y’all thought it was funny. Stand behind it and deal with the fire you started.”

Take a look at more of the backlash below:

Wow! This is disgusting of you guys RT @billboard: The apple doesn’t fall far from the tree… https://t.co/uUnedZsy6V https://t.co/Zf1cQbD2Jd

Y’all trash for this RT @billboard: The apple doesn’t fall far from the tree… https://t.co/ngkPaDewWn https://t.co/kWWhgRLHch

North West ain’t even 2 yet and the media is already sexualizing her. @billboard whoever wrote this is scum. pic.twitter.com/THG5IG6gDi

@billboard why are you sexualizing a 3 year old child? This is disgusting and shouldn’t go unnoticed pic.twitter.com/w9prVXW4fn

Did you honestly think sexualizing a toddler like this was acceptable? Disgusting. @billboard pic.twitter.com/DElqgdFSNQ – #HTTR! (@kaegann) October 30, 2015