Akerman, who has been lighting up Hollywood with her beauty and charisma, currently stars in Showtime’s dramatic series “Billions” alongside Damian Lewis and Paul Giamatti. In the series, Akerman plays Lara Axelrod, the street-wise, scheming wife of hedge fund titan Bobby Axelrod, praised by the Los Angeles Times as doing “a lot of scene stealing — though blond and beautiful, Lara is no social X-ray; she came from nothing and plays by street rules.” The first season’s finale is next Sunday.

Poppy Crum leads internal science at Dolby and is also a Consulting Professor at Stanford University’s Center for Computer Research in Music and Acoustics as well as the Program in Symbolic Systems. At Dolby, Crum is responsible for integrating neuroscience and psychophysical knowledge into algorithm design, technological development, and technology strategy.

The May 11th breakfast is hosted by TheWrap CEO and Editor-in-Chief, Sharon Waxman and Box.org Founder and SVP of Industry Alliances Karen Appleton.

“There is an undeniable desire among thinking women for a conversation of substance about their lives and a place where they can share experiences and knowledge,” Waxman said. “I am really proud to see the growth of our Power Women series, led by the women who participate in them in cities across the country.”

The Power Women Breakfast series brings together influential women of entertainment, media, technology and brands in key cities to network and connect. TheWrap has built a broad community of professional women who are decision makers and mothers, leaders and wives, innovators and activists. The franchise is now in four cities Los Angeles, New York, San Francisco and Washington D.C.

Most recently Akerman starred in the feature films “Final Girls,” “I’ll See You In My Dreams” and “Misconduct.” She can next be seen in the independent film “The Ticket,” opposite Dan Stevens and directed by Ido Fluk, which will make its feature debut at the 2016 Tribeca Film Festival. She has also starred in “The Heartbreak Kid,” “27 Dresses,” “The Proposal,” “Couples Retreat,” “Watchmen,” “Wanderlust,” “Rock of Ages,” and “Hotel Noir.” Her breakthrough came in 2005 on the HBO series “The Comeback,” with Lisa Kudrow. 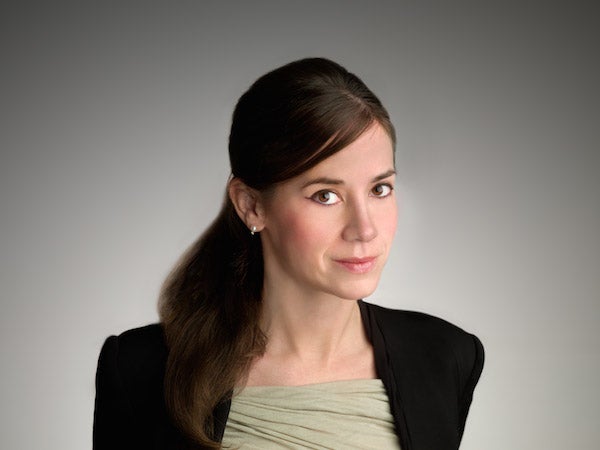 Crum is currently a U.S. representative to the International Telecommunication Union (ITU), and was a fellow of the US Defense Science Research Council. Prior to joining Dolby Laboratories, she was a member of the Research Faculty in the Department of Biomedical Engineering at Johns Hopkins School of Medicine, where her research focused on the functional circuitry of the auditory cortex.

TheWrap Power Women Breakfast will raise money for Women’s Audio Mission, a San Francisco-based non-profit organization dedicated to the advancement of women in music production and the recording arts. In a field where women are chronically under-represented (less than 5%), WAM seeks to “change the face of sound” by providing hands-on training, experience, career counseling and job placement to women and girls in media technology for music, radio, film, television and the internet.

TheWrap will broadcast the event on Facebook Live! Log on in real time to FB.com/TheWrap to watch, where it will also be archived.

The Wrap News Inc. is the leading digital news organization covering the business of entertainment and media.  Founded by award-winning journalist Sharon Waxman in 2009, The Wrap News Inc. is comprised of the award-winning, industry-leading website with its high-profile newsbreaks, investigative stories and authoritative analysis; it also includes premium, glossy magazines with stunning original photography and editorial, distributed to entertainment industry professionals; Wrap Events, a series of high profile gatherings of thought leaders including the Power Women breakfast series, Oscar season screening series and TheGrill, an executive leadership conference centered on the convergence of entertainment, media and technology. PowerGrid Pro is the most current, relevant film development database along with ThePowerGrid, an algorithmic, data-driven ranking system for every person, project and company in the film business; The Wrap News, Inc. is backed by Maveron, a venture capital firm based in Seattle, Washington and co-founded by Starbucks CEO Howard Schultz and Dan Levitan.

Dolby Laboratories creates audio, video, and voice technologies that transform entertainment and communications in mobile devices, at the cinema, at home, and at work. For 50 years, sight and sound experiences have become more vibrant, clear, and powerful in Dolby.

Box is a content management platform that operates at the enterprise level, helping businesses of all sizes securely access and manage their critical information in the cloud.

Okta is a digital identity management firm that facilitates secure connections between people and technology, enabling access to applications on any device, at any time.

CreativeFuture is a coalition representing 450 organizations and thousands of individuals across film, TV, music and books, working to reinforce legitimate digital access to content and the fundamental right of creatives to determine how their work is distributed.