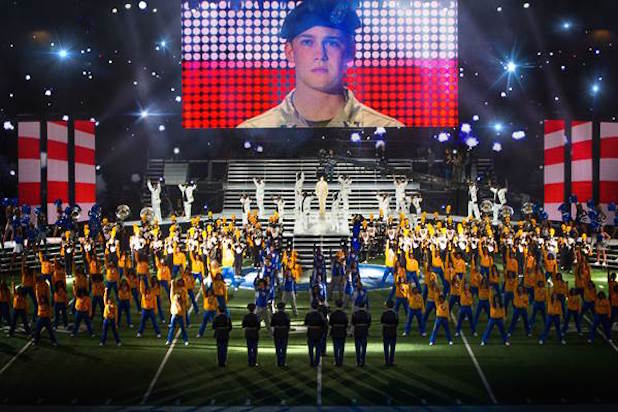 The film will be screened on October 14 as a Special World Premiere Presentation during the festival.

The film, an adaptation of Ben Fountain’s best-selling novel about an Iraq war hero (newcomer Joe Alwyn) and his post-combat victory tour, is the first full-length narrative film shot in 4K, native 3D at the ultra high rate of 120 frames-per-second. The immersive new format required technical innovations at every stage of the process–prep, shooting, and postproduction.

“‘Billy Lynn’s Long Halftime Walk’ astonished me, and it moved me deeply — in the grandest way, as a story of America in the years after the invasion of Iraq, and on the most intimate person-to-person wavelength,” Kent Jones, the New York Film Festival Director and Selection Committee Chair, said in a statement. “Ang Lee has always gone deep into the nuances of the emotions between his characters, and that’s exactly what drove him to push cinema technology to new levels. It’s all about the faces, the smallest emotional shifts. In every way, ‘Billy Lynn’ is the work of a master.”

The New York Film Festival will be held from Sept. 30 through Oct. 16.