Binge-watching will probably end up costing us all years of our life — but how much money is it actually tacking on to the electric bill? Crescent Electric calculated exactly that and shared its findings with TheWrap.

For the study, the team considered the different factors that go into streaming — including both the cost to power the streaming device and the internet modem/router.

Selecting one of Amazon’s most popular Smart TVs (this one), Crescent located its power consumption, factored in a series’ runtime, and multiplied it all by the average electricity rate in the United States, which is 12 cents per kilowatt-hour (kWh). The same methodology was repeated to find the price of powering a common wifi router for the duration of each show. Summing those all together resulted in the total cost to watch each show.

Also Read: Network TV Shows With the Richest and Poorest Viewers, From 'Modern Family' to 'Empire'

OK, enough methodology — let’s get to the findings. Wanna consume all of the existing “Game of Thrones” episodes? Set aside $2.16 for the electric bill. The cable bill (or HBO Go subscription) is a whole different story, obviously.

Clearly, that’s gonna take you a while to get through. Can we instead interest readers in “Stranger Things”? That’s just gonna cost you 46 cents for both runs. “Westworld,” which is just one season, is a worthwhile bargain at a dime less than the Netflix hit. Oh, they’re also really good TV shows.

For cheapskates, check out “The Handmaid’s Tale,” which will only run you a quarter and two pennies. Put that in your marketing materials, Hulu.

See the below pair of charts for popular live-action and animated TV shows. You’ll need to take out a second mortgage to get through “The Simpsons.” 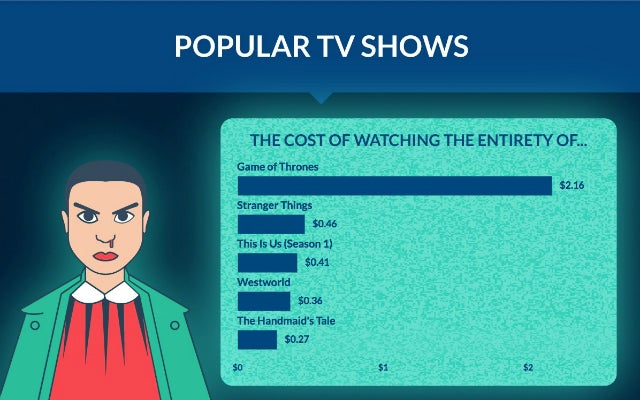 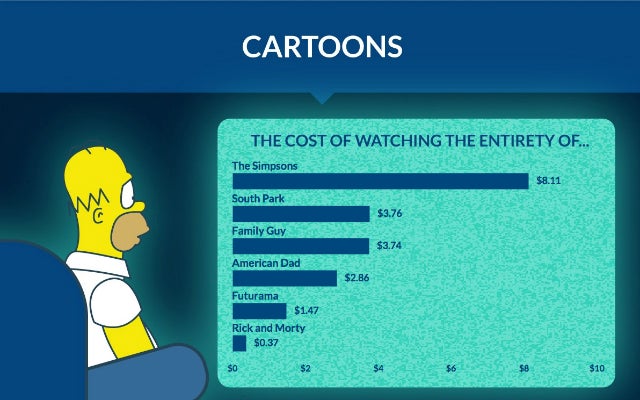 Keep scrolling for a few bonus charts, representing classic sitcoms (and “How I Met Your Mother,” too) and some top reality TV franchises. Those enthralled with this whole thing can find even more here. 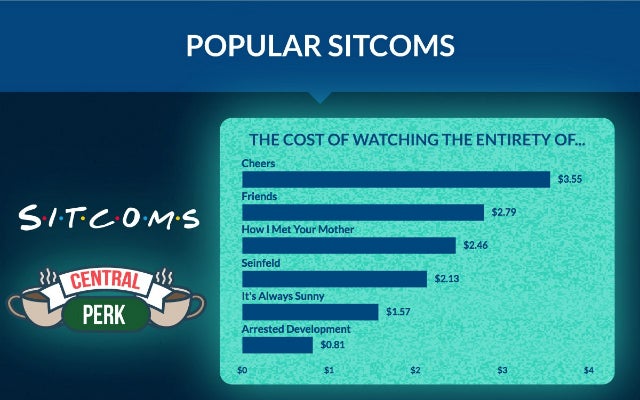 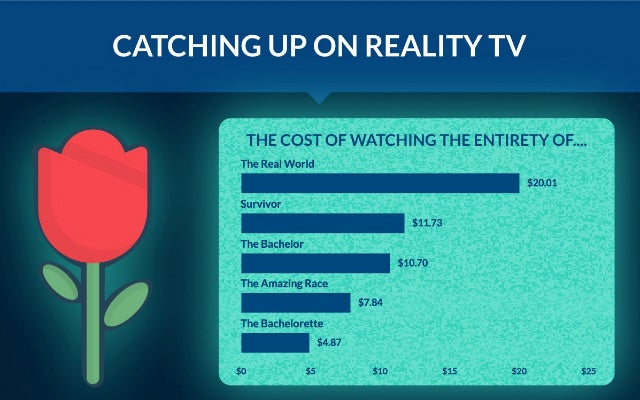