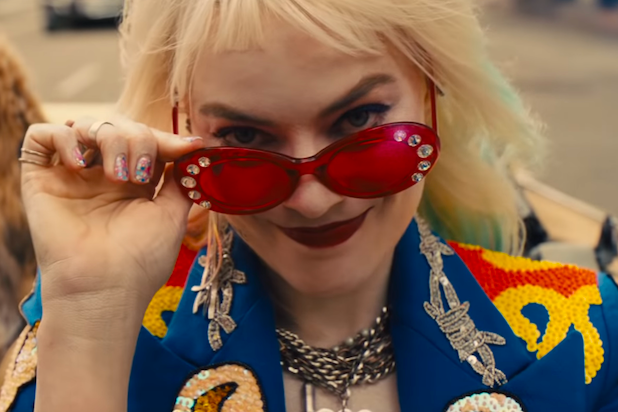 After a feast or famine year punctuated by the record breaking success of “Joker,” Warner Bros. is beginning their 2020 movie slate by releasing another R-Rated DC film. The question is, what will “Birds of Prey” tell us about the box office power of Margot Robbie and the sassy, unpredictable Harley Quinn?

As the only wide release coming this weekend, “Birds of Prey” is currently predicted by box office trackers to earn a domestic opening of $55-60 million. While that’s less than half of the $133 million earned in 2016 by “Suicide Squad,” the film that marked Harley’s big screen debut and became Robbie’s breakthrough role, Warner Bros. isn’t aiming for such lofty heights with this production.

The likely measuring stick of success for “Birds of Prey” will be provided by one of Warner Bros.’ DC films from last year: “Shazam!” which opened to $53.5 million last April and grossed $140 million domestic and $364.5 million worldwide. Both films had a similar production budget of around $100 million, much lower than the $175 million budget for “Suicide Squad.”

Also Read: Can February's Box Office Hit New Heights Without a 'Black Panther' or a 'Deadpool'?

Another major difference between “Birds of Prey” and “Suicide Squad” is that while the title suggests a superhero ensemble film much like the team of villains-turned-heroes that Harley was once a part of, both the marketing and early social media reactions from the film’s premiere suggest that the plot of this follow-up puts the focus primarily on the Joker’s former beau.

And while the R-rated “Birds of Prey” will be far more naughty than the family friendly “Shazam!”, its marketing has promised a movie that echoes that film’s upbeat, humorous tone combined with the irreverence and sarcastic narration that helped make “Deadpool” a success four years ago. Also a major part of the film’s formula is its focus on DC’s female stars, who will be brought to the screen by a cast that includes Jurnee Smollett-Bell and Mary Elizabeth Winstead alongside Robbie. It also features Cathy Yan as one of several women directing major blockbusters this year and who could help make the top 10 of the 2020 box office gender-equal among directors for the first time ever.

But for “Birds of Prey” to be a part of that top 10, it will need to outperform both “Shazam!” and the usual ceiling set on R-Rated films due to the removal of families from the potential audience base. WB has had a knack of bucking that trend recently with R-Rated record breakers like “Joker” and the “It” films. Now it will look to do so again with a wave of strong word of mouth from hardcore DC fans that can translate to widespread interest, particularly from women.

Bearing the full title “Birds of Prey (and the Fantabulous Emancipation of One Harley Quinn),” Yan’s film takes place several years after “Suicide Squad” as Harley Quinn tries to forge a new life for herself after a messy breakup with the Joker. But her efforts to move on cause her to run afoul of Roman Sionis (Ewan McGregor), a Gotham City crime lord on the hunt for an orphan named Cassandra (Ella Jay Basco) who has stolen a diamond from him.

Ultimately, it’s up to Harley to team up with Cassandra and three other women targeted by Roman — vigilantes Huntress and Black Canary (Winstead and Smollet-Bell) and GCPD detective Renee Montoya (Rosie Perez) — to take Roman down. Chris Messina and Ali Wong also star in the film, which Yan directed from a screenplay by Christina Hodson. Reviews for the film are set to be published on Wednesday morning.

This summer's movie release slate sees notably fewer direct conflicts between films. Most major releases have at least two weeks distance between each other and will have time to make their fortunes as the biggest show in theaters. But some degree of competition is inevitable, so how will these films stand against tough competition?