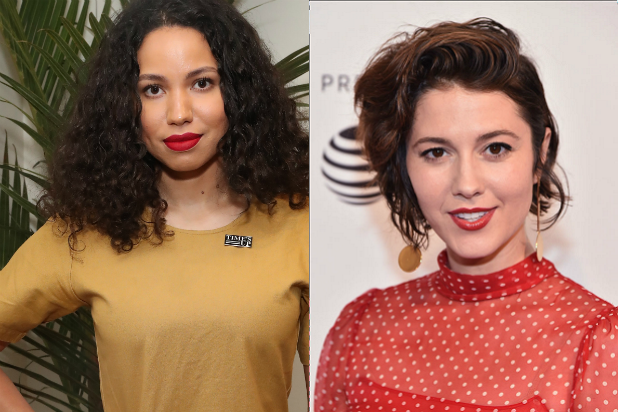 Smollett-Bell is being eyed to play Dinah Lance, AKA Black Canary, while Mary Elizabeth Winstead is on the wish list for Helena Bertinelli, better known as Huntress.

Other names under consideration for the film, which will be centered around “Suicide Squad” standout Margot Robbie’s Harley Quinn, include Gugu Mbatha-Raw, Cristin Milioti, Sofia Boutella, Justina Machado, Roberta Colindrez, and Margaret Qualley. Mbatha-Raw is also being looked at as a possible Black Canary while Milioti, Boutella and Qualley is in the mix for Huntress. Machado and Colindrez are being looked at for Renee Montoya.

But insiders with knowledge of the project caution that it is still early in the selection process and no offers have been made. However, the actors need to be locked down for the roles by the end of September in order to complete training in fight choreography before principal photography begins in January.

Originally created by writer Robert Kanigher and artist Carmine Infantino in 1947, Black Canary/Dinah Laurel is a fantastic hand-to-hand combatant from a family of crime fighters — Her father, Larry Lance, was a police officer, while her mother (also named Dinah) was the original Black Canary. Since the 1960s she’s been most commonly associated with the hero Green Arrow, and has been featured heavily on The CW’s “Arrow,” where she was played for several seasons by Katie Cassidy. A new version of Black Canary is currently played by Juliana Harkavy.

Created by writer Joey Cavalieri and artist Joe Staton in 1989, Helena Bertinelli is the third DC Comics character to use the name Huntress. Once a mafia princess whose family was killed in a mob hit, she eventually becomes a vigilante bent on taking down the mob in the name of Justice. Operating out of Gotham City, she’s typically an uneasy ally of Batman, and even briefly operated as Batgirl. She was a recurring character on The CW’s “Arrow,” played by Jessica De Gouw.

Robbie will reprise her “Suicide Squad” character, Harley Quinn as well produce alongside Kroll & Co Entertainment’s Sue Kroll and Clubhouse Pictures’ Bryan Unkeless. The film follows the adventures of a revolving group of female heroes and villains and is based on the DC Comics characters and concepts created by Jordan B. Gorfinkel and Chuck Dixon.

In addition, TheWrap has exclusively learned that the villain in “Birds of Prey” will be Black Mask, one of Batman’s foes who has never before appeared on the big screen.

Winstead who is repped by WME just wrapped Paramount’s “Gemini Man” opposite Will Smith.

Qualley who is repped by UTA is currently playing Kitty Kat in Quentin Tarantino’s “Once Upon a Time in Hollywood.”