The Black Eyed Peas are creating an original graphic novel called “Masters of the Sun — The Zombie Chronicles,” which will be distributed by Marvel Comics.

The story, written by Black Eyed Peas frontman, Will.i.am, centers around a Los Angeles under siege both by aliens and a zombie outbreak.

According to Billboard, “The main character, Zulu-X, who also has a penchant for hip-hop, is thrust into the middle of the action-packed adventure, fighting a nefarious ancient order with the combination of wisdom and street smarts.”

Check out the cover below. 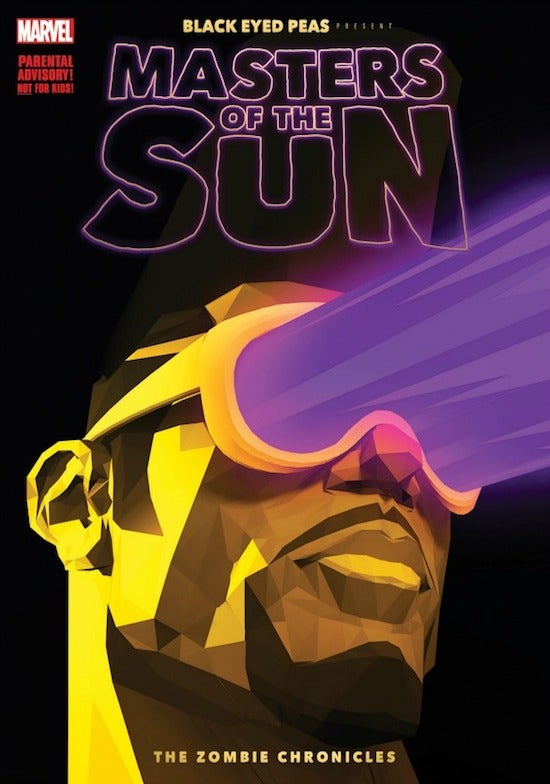 Seven-time Grammy award-winning and multi-platinum musician Will.i.am says of the project, “The Black Eyed Peas and I have begun a new journey … We’ve been working on this original story for years and partnering with Marvel to bring this book to life is more than a dream come true.”

“Few artists have done more to embed hip-hop in popular culture than will.i.am and the Black Eyed Peas. So we are thrilled to present this deeply personal story that speaks directly to hip-hop aficionados, comic book fans and the intersection of those communities,” said Marvel editor Axel Alonso.

“Masters of the Sun – The Zombie Chronicles” hits shelves in July.