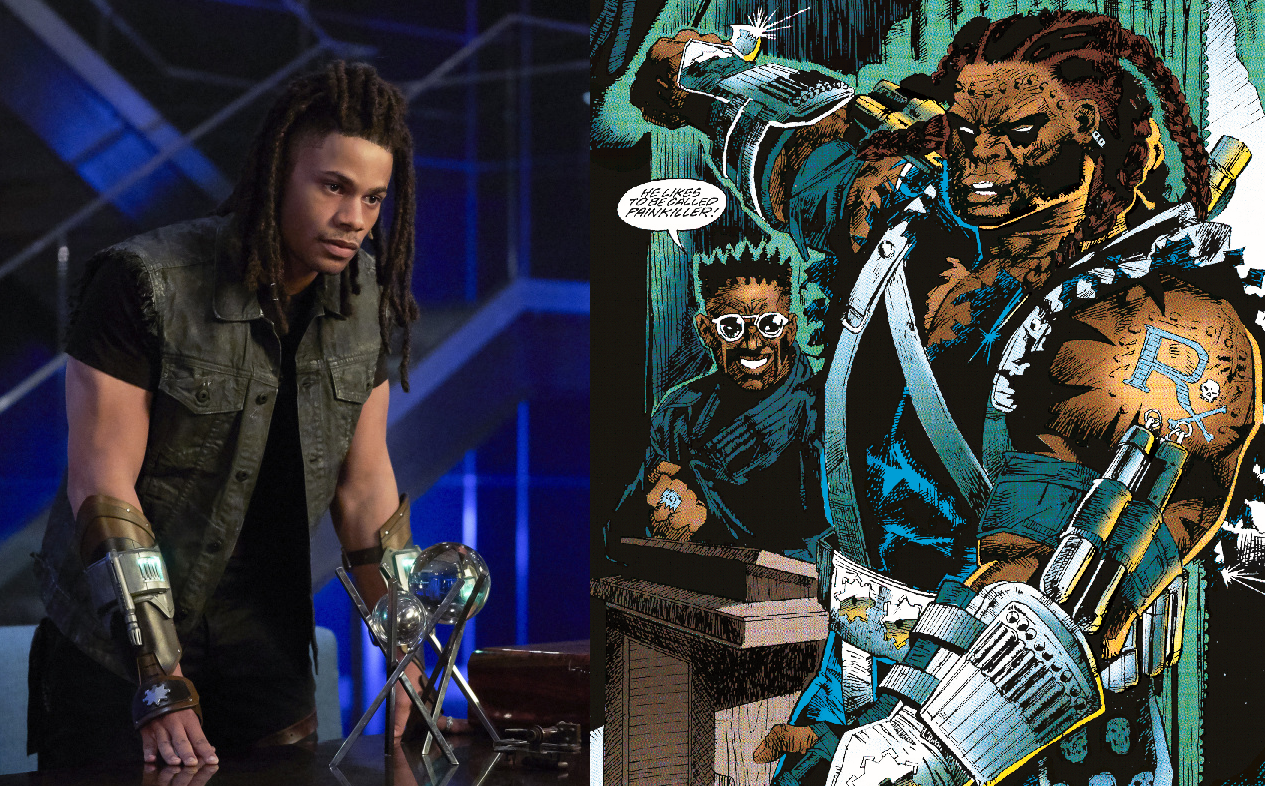 The CW’s “Black Lightning” has found at least one of its villains for its sophomore season.

Showrunner Salim Akil announced during the show’s panel at Comic-Con on Saturday that Jordan Calloway has been promoted to a series regular for Season 2, where he will portray DC Comics villain Painkiller.

During the first season of The CW superhero drama, Calloway recurred as Khalil Payne, a high school all-American track star until a stray bullet severs his spine. He’s then recruited by Tobias Whale (Marvin “Krondon” Jones III) who offers him legs for loyalty. Before his injury, Payne was romantically involved with Black Lightning’s youngest daughter, Jennifer Pierce (China Anne McClain).

The end of the season saw Payne begin to transform into the DC comics villain after he receives cybernetic enhancements that strengthen him and give him the ability to generate an anesthetic from his body that causes temporary paralysis when delivered through darts.

Season 2 will see him fully assume his villainous alter-ego.

“I’m thrilled to have Jordan upped as a series regular. He was a great asset to our show in the role of Khalil/Painkiller during season one, and now that he has evolved into Painkiller, I can’t wait for you all to see him in Season 2,” said Akil.

Calloway’s prior TV credits include fellow CW series, “Riversdale,” as well as Freeform’s “Beyond,” Fox’s “The Mick” and CBS’ “Pure Genius.”