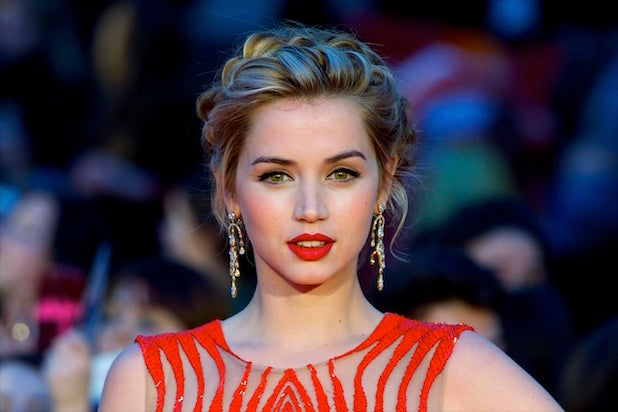 Denis Villeneuve is directing the sequel, which is set several decades after the original. The script was written by Hampton Fancher and Michael Green, and succeeds the initial story by Fancher and David Peoples based on Philip K. Dick‘s novel “Do Androids Dream of Electric Sheep.” Story details are not being revealed.

Cynthia Sikes Yorkin will produce along with Alcon’s Broderick Johnson and Andrew Kosove, while Bud Yorkin, the late producer of Ridley Scott‘s original 1982 classic, will also receive a producer credit.

Scott will executive produce along with Thunderbird Films CEOs Frank Giustra and Tim Gamble, as well as Bill Carraro. Gifted cinematographer Roger Deakin will reunite with Villeneuve on the project, following “Sicario” and “Prisoners.”

Sony Pictures Releasing International will distribute in all overseas territories in all media, and principal photography is scheduled to begin July 2016.

“We think Ana is one of the most exciting, up-and-coming international actors in the world today, and we are thrilled she will be playing such an important part in this sequel,” Alcon’s Broderick Johnson and Andrew Kosove said in a joint statement.

De Armas is a Cuban actress who began her career in Spanish-language film and television in Cuba, then later Spain. She will be seen in two movies releasing this August — Todd Phillips‘ action-comedy “War Dogs” with Miles Teller, and the Weinstein Company’s boxing drama “Hands of Stone” with Edgar Ramirez.