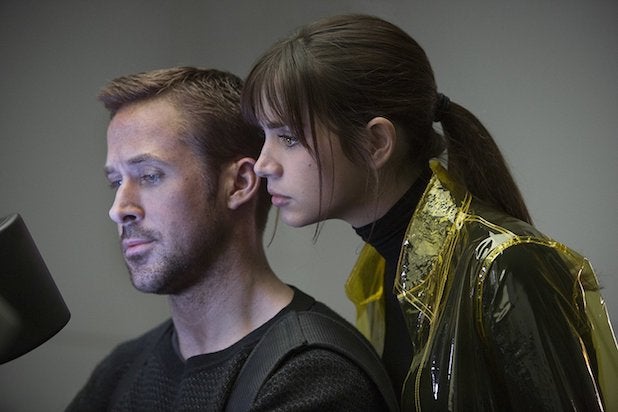 Last weekend’s box office saw “Kingsman: The Golden Circle” narrowly hold on to the No. 1 spot on a weekend where it competed with “It” and “American Made,” two films that also promised their own form of R-rated thrills. But this weekend will see three different new releases compete for different demographics, and it’s a guarantee that there won’t be a close race to the finish.

That’s because Warner Bros./Alcon’s “Blade Runner 2049” is expected to easily take the top spot this weekend, with studio and independent trackers expecting an opening of at least $45 million to $50 million from 4,000+ screens. With a reported budget of $150 million, that might not sound like a strong start, but a $45 million opening would match the start earned two years ago by “Mad Max: Fury Road,” which went on to score a multiple of 3.39x with $154 million domestic and $378 million worldwide.

“Blade Runner 2049” will aim to have similar legs through October, riding off the name recognition of its title, its leading stars, Harrison Ford and Ryan Gosling, and its director, Denis Villeneuve. It also has strong critical reception behind it, with a “Certified Fresh” Rotten Tomatoes score of 94 percent. Like “Fury Road,” that could lead to some potential Oscar nominations next year that could further boost its box office appeal.

Also releasing this weekend is Fox 2000/Chernin Entertainment’s “The Mountain Between Us,” a romance/disaster film that premiered in Toronto and stars Idris Elba and Kate Winslet as two survivors of a plane crash in the mountains of Utah. Trackers have the film making $11 million to $13 million from 2,900 screens. Hany Abu-Assad directed from a script by Chris Weitz and J. Mills Goodloe, with Peter Chernin,  David Ready and Jenno Topping as producers. The film currently has a 56 percent Rotten Tomatoes rating.

Finally, there’s Lionsgate’s “My Little Pony: The Movie,” the film adaptation of the hit animated TV series, “My Little Pony: Friendship Is Magic.” The family film is tracking for an opening of roughly $10 million from 2,500 screens. Jayson Thiessen is directing from a screenplay by Meghan McCarthy, Rita Hsiao, and Michael Vogel. Brian Goldner, Haven Alexander, Stephen Davis, and Marcia Gwendolyn Jones are producers.