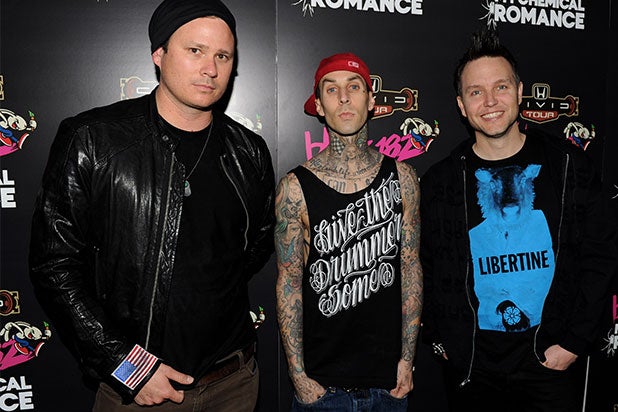 Ex Blink-182 vocalist and guitarist Tom DeLonge said he quit the band to focus on the “national security issue” of UFOs.

In a recent interview with Mic, DeLonge said that touring for nine months wasn’t in the cards for him when his passion for UFO research was greater.

“When you’re an individual like me, dealing with something that’s a national security issue, and you’re being gifted with the opportunity to communicate something you’ve been passionate about your whole life — something that has the opportunity to change the world over time — being a small part of that is enormously important for my life path,” he said. “But I can’t do everything. I can’t tour nine months out of the year with enough time to do the enormity of what I’m setting out to do.”

Saying that “aliens” isn’t really a correct term to use, DeLonge said he got into extraterrestrial research in junior high.

“I just had some free time on my hands and I found myself at the school library looking for books on the subject matter,” he added. “[In] the beginnings of my career with [Blink-182], you have a lot of free time in the van, traveling across the country for 12 months, so I found myself getting a lot of really interesting books that challenged the way I thought about stuff.”

DeLonge, who sang a song with Blink-182 called “Aliens Exist” from 1999’s “Enema of the State,” believes that we have encountered “alien hardware” in multiple countries and that we have multiple eyewitness accounts and trace evidence.

Also Read: Review: Blink-182 Grows Up a Little Too Much on 'Neighborhoods'

“I don’t think I’m going to be the person that offers the best evidence unless people really trust what I’m doing and believe me,” he said. “There’s been hundreds and hundreds of thousands of eyewitness accounts. Trace evidence that’s been analyzed by scientists across the world. Events have happened on the ground. It’s all around us. I know of stuff I can’t talk about right now.”

DeLonge left the band last year after various internal struggles. Travis Barker and Mark Hoppus said they’d enlisted Matt Skiba of Alkaline Trio to replace DeLonge after the latter refused to commit to plans to perform and record with the punk band.