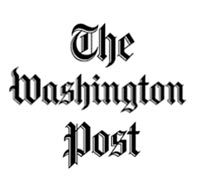 The Washington Post as I know it has jumped the shark. Crossed a line. Hit the wall. It’s a paper I love with all my heart, and where I worked for eight years. But in a new round of buy-outs I am told, a “blunt instrument” was used to clear the newsroom of 100 more bodies. ‘Grab this chance for a float now,’ they were told, if not in so many words. ‘This offer isn’t coming back.’

These bodies happen to encompass dozens and dozens of years of talent, knowledge, experience and institutional memory, walking out the door in June. The people leaving aren’t employees at the paper; they ARE the paper, which one month ago won six Pulitzer Prizes, including the one for public service. My sources tell me that those leaving include Sue Schmidt, the political news-breaking machine, and many of my old friends from the Style section — the indomitable John Pancake, arts editor; writers Rich Leiby and Lynton Weeks, deputy arts editor Peter Kaufman, and most sadly to me, Deborah Heard, the assistant managing editor for Style. Heard, a quiet goddess from a small town in the South, was one of the most beloved people in the newsroom, a mentor and friend to writers and a steady hand. Political guru David Broder will move to work under contract. I’m told the Health section writers are mostly gone; Style is a shadow of its former trendsetting self. At this rate, whither the National desk? Whither Foreign? Word is that executive editor Leonard Downie is on his way to retirement (he denied it today to Joe Strupp). The other rumor is that managing editor Phil Bennett will not be his successor. Make no mistake; we are eviscerating the heart of the institutions that act as our watchdogs to power. (While I’m at it, here’s a tip of the hat to colleagues just laid off at The New York Times: the talented Jeff Leeds, who ably covered the music beat in LA; Katie Hafner in San Francisco; Claudia Deutsch in business, and others.)

No one has clear answers to the crisis that faces newspapers today, and the impact that the diminishing of great journalism will have in a free society. But we had damn well better start figuring it out.