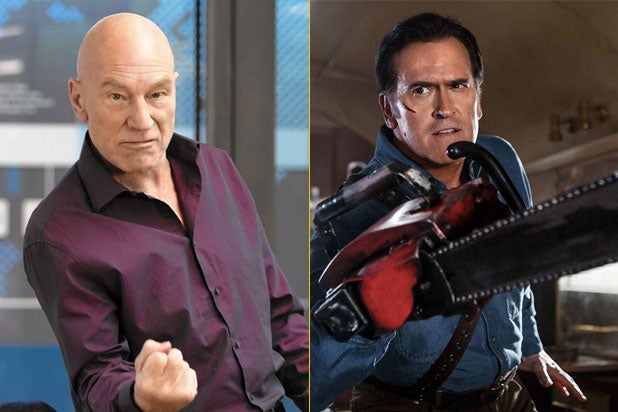 Both shows are set to return on Oct. 2, with “Ash vs Evil Dead” airing at 8 p.m. and “Blunt Talk” following immediately after at 8:35.

“Ash vs Evil Dead,” a 10-episode half-hour series, is the long-awaited follow-up to the classic horror film series, “The Evil Dead.”

The cast is led by the film series’ star Bruce Campbell as Ash Williams; Lucy Lawless as Ruby; Ray Santiago as Pablo Simon Bolivar; and Dana DeLorenzo as Kelly Maxwell.

Romany Malco will return in his recurring role of Bob Gardner, the president of the network, while musician and actor Moby, Jason Schwartzman and Brent Spiner will return as guest stars.