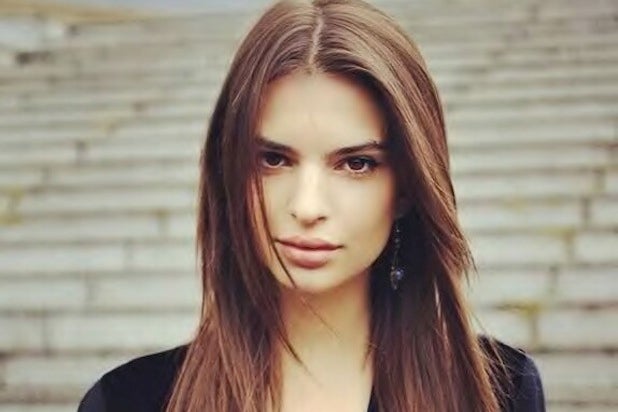 In her first major movie role, model-actress Emily Ratajkowski is nearing a deal to play the hotly contested role of Ben Affleck‘s mistress in David Fincher‘s “Gone Girl,” an individual familiar with the project has told TheWrap.

Ratajkowski is best known as the bombshell beauty at the center of Robin Thicke’s “Blurred Lines” video, which has nearly 174 million views on YouTube.

Affleck stars as Nick Dunne, who is implicated in the disappearance of his wife Amy (Rosamund Pike).

Ratajkowski will play Andie, a beautiful college student who Nick has an affair with before she bands together with Amy’s parents to incriminate him in her disappearance.

The eclectic supporting cast features Carrie Coon as Nick’s twin sister, Tyler Perry as his defense attorney and Kim Dickens and Patrick Fugit as the detectives on the case. Neil Patrick Harris also has a supporting role.

Reese Witherspoon and Bruna Papandrea are producing “Gone Girl” through their Pacific Standard banner along with Leslie Dixon. Production starts this fall.

Born in London, Ratajkowski started modeling at age 14 and was signed by Ford Models. She has appeared on television on Fox’s “New Girl” and Nickelodeon’s “iCarly,” and she’s currently on the cover of Carine Roitfeld’s CR Fashion Book.

Ratajkowski is represented by Innovative Artists and Untitled Entertainment.