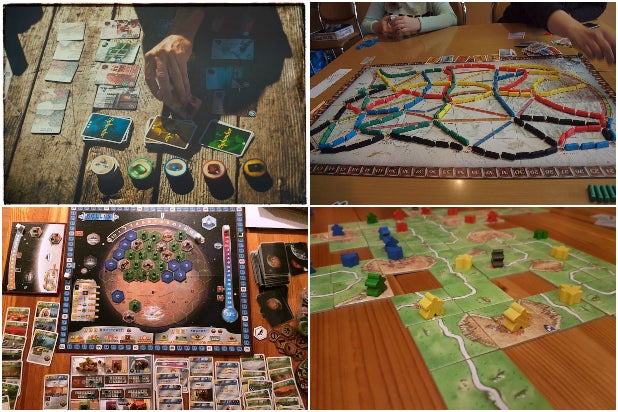 Creative Commons
Tired of the constant binge-watching and desperate to make at least some kind of human connection while stuck under quarantine due to the coronavirus? Fortunately, many of your favorite strategy tabletop games are available online, so you can play with friends while still practicing proper social distancing. Here are some favorites you can play online to help pass the time. 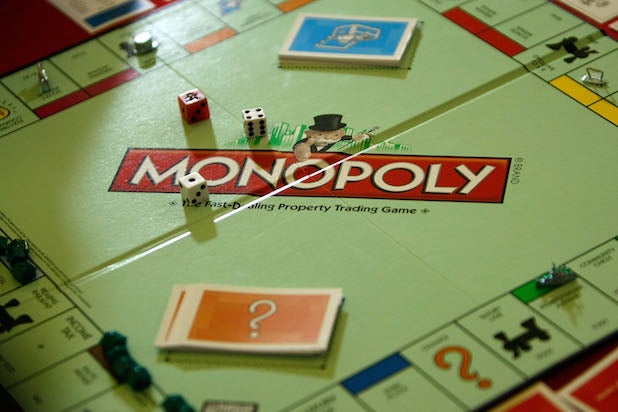 Getty Images
Monopoly There have been any number of mobile versions of Monopoly over the years, and you can find it on the app store, for your desktop or even on your gaming console. The additional perk is the option to do a pass and play game locally if the whole family happens to be in the same room. 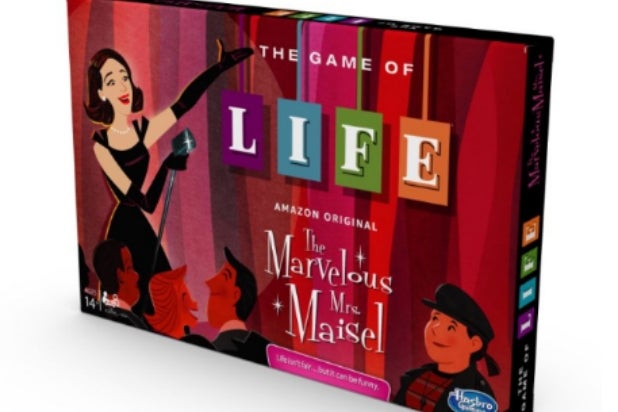 Hasbro
The Game of Life The digital version of The Game of Life (Mrs. Maisel version pictured) adds in a fast mode to play a shortened game as well as minigames that make it more of a "Mario Party" experience. Clacking colorful wheel that doesn't spin properly not included.

Matěj Baťha
Settlers of Catan Another staple if you're an avid board gamer, there naturally is an official Settlers of Catan app that even includes downloads for the game's many expansions, like Seafarers, Traders and Barbarians or Cities and Knights. But for those concerned that the aggressive trading aspect of the game might not translate in a digital app, the game lets you pose trades to all players at once and then select the best offer from any player you prefer. 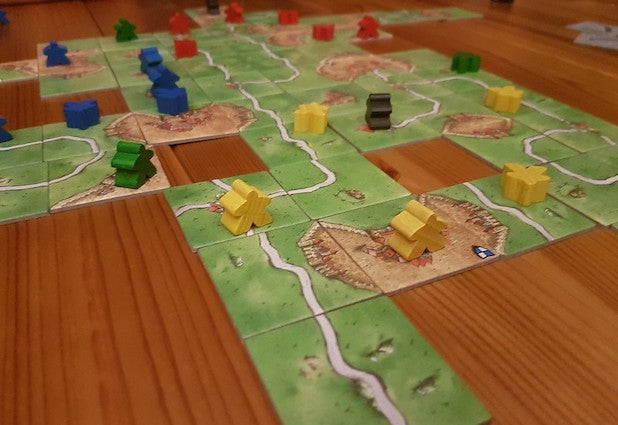 Sancho McCann/Creative Commons
Carcassonne A beloved staple for gamers, the digital version of Carcassonne is one of the better-reviewed boardgame experiences in the app store, and it provides a lot of variety, including easy modes for kids, downloadable expansion packs or a variety of AI playing types should you decide to play solo. 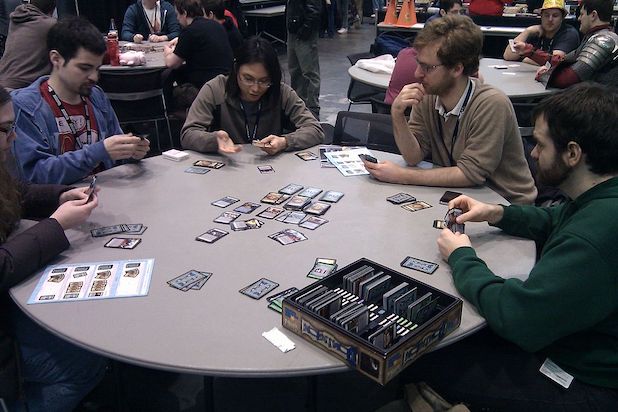 Masem/Creative Commons
Dominion The deck-building game Dominion doesn't have an app but a website at Dominion.Games that manages to take a complicated card game and move it to the web. The web browser version spells out just how many actions and buys a player has each turn, you can right-click on any card to see its abilities, and it even itemizes every card played in a long thread. The base set of cards is available for free, but you can also purchase additional expansions, and you can then customize your settings so that the game filters cards you prefer or don't like. 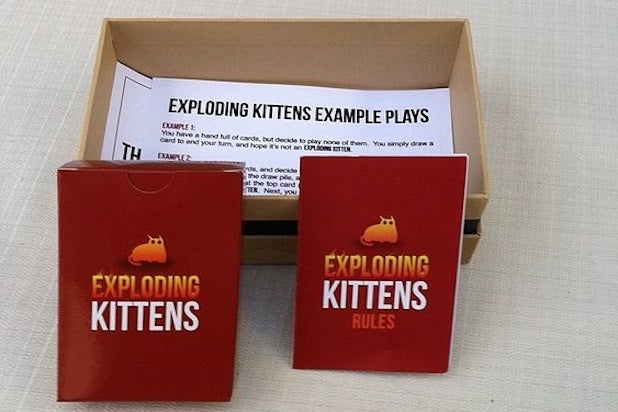 GeraldShields11/Wikimedia Commons
Exploding Kittens The card game that started as the most-funded game in Kickstarter history is also an app that shares the card game's goofy animation style and makes things just as simple to learn. 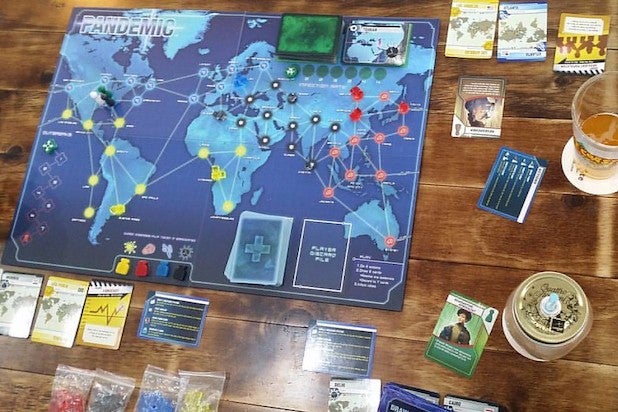 Jordi Sanchez/Creative Commons
Pandemic Pandemic may be as informative as it is timely, a game that requires you to work together with your partners in order to stop the spread of a virus that threatens the entire planet. Part of the challenge of the board game is planning your strategy several moves in advance, and without the aid of being able to talk things out in person, the game allows you to backtrack some of your moves so long as you haven't already drawn cards. 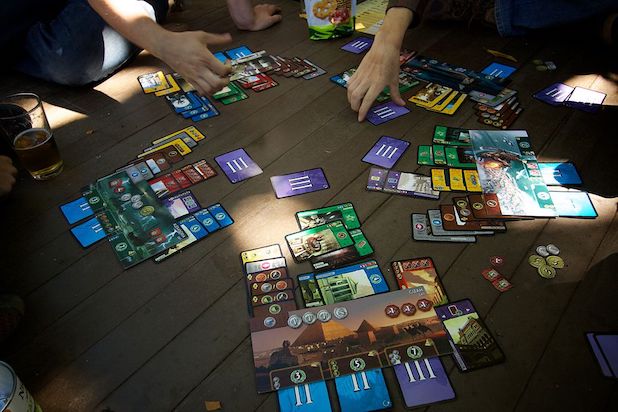 Marcin Wichary/Creative Commons
7 Wonders 7 Wonders is the ideal game for accountants. The tabletop game requires a lot of patient, studious behavior as you determine what cards are playable and which will help you long term. For new players, it can be hard to learn and take an eternity. But the app highlights exactly what you can and can't afford, eliminates the clutter of tiles and cards and makes games breeze by in minutes. 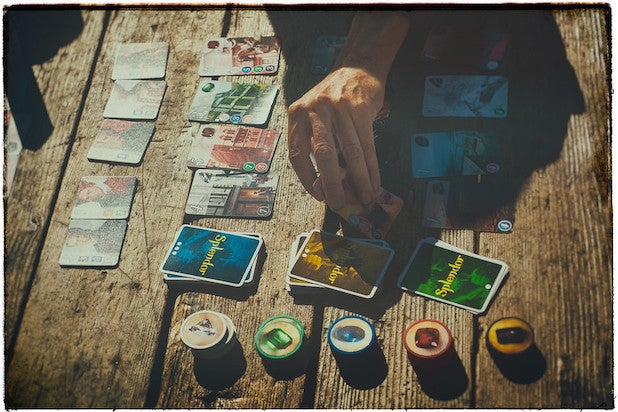 David Goehring/Creative Commons
Splendor Splendor is a simple enough game with a lovely visual style, and the app captures its simplicity and beauty perfectly. Up to four players claim colored gems that allow you to purchase cards and earn victory points. And via the app, which has timed moves to keep play moving relatively quickly, you can see what cards you're able to purchase immediately or even on your next turn depending on your choices. 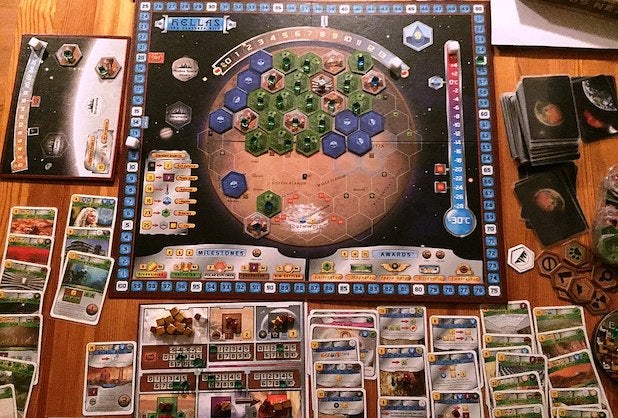 BiblioteKarin/Creative Commons
Terraforming Mars Though Terraforming Mars is on the expensive side in the app store (currently listed at $8.99 on Apple), it greatly simplifies a game that has an enormous number of tiles, pieces and components to keep track of and does so with a neat visual style. Developer Asmodee has constantly improved the game to make it clear when your resources are destroyed, gained or stolen and grays out options that are unavailable to you during gameplay. 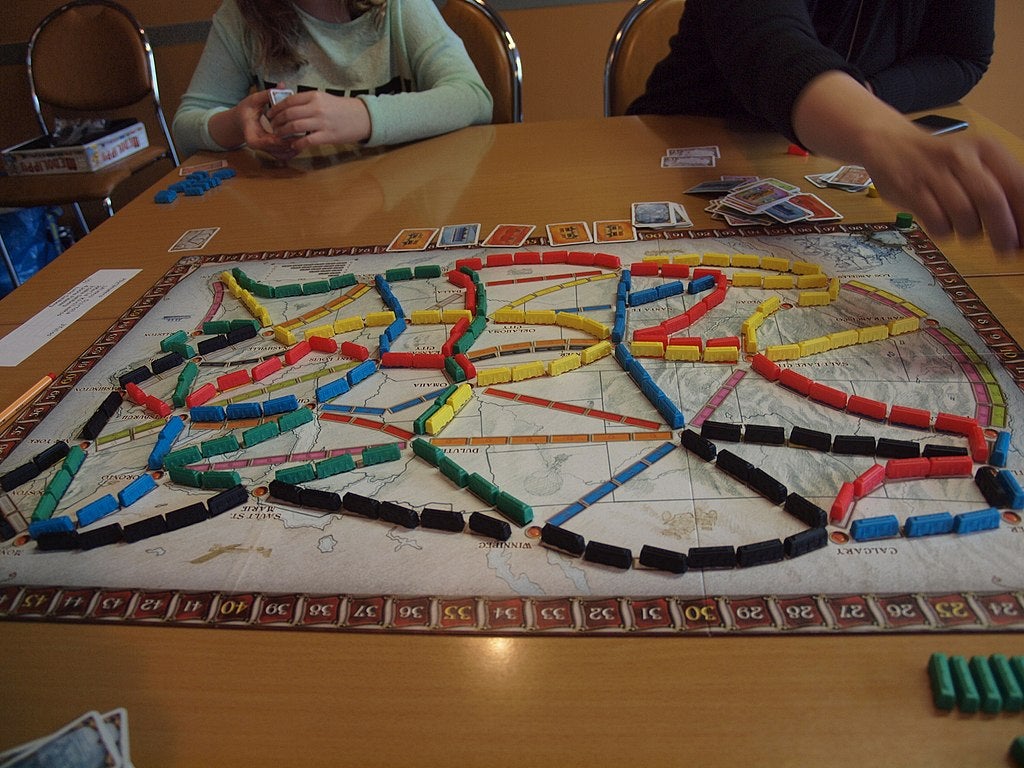 JIP/Wikimedia Commons
Ticket to Ride In Ticket to Ride, you collect colored cards in a race to build trains on designated routes across the country in the U.S. in 1910. The app works beautifully, allowing you to zoom in and visualize with lighted dots what train routes you need to connect. And it also allows you to pay to download the game's many alternate maps from countries around the globe. 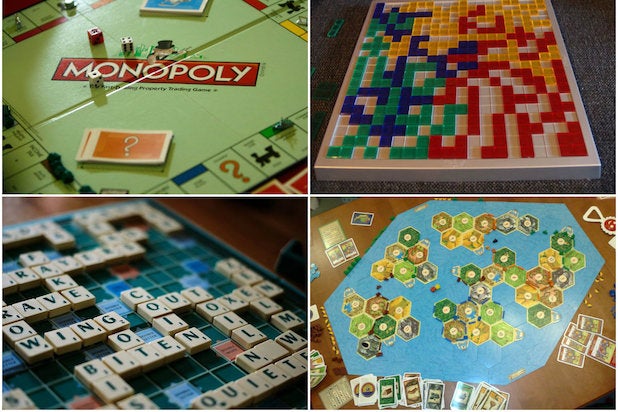 Creative Commons
Just keep in mind that with any games, don't turn your friends into enemies. Here are some more recommendations for games that can ruin friendships.
x
Looks like you're enjoying reading